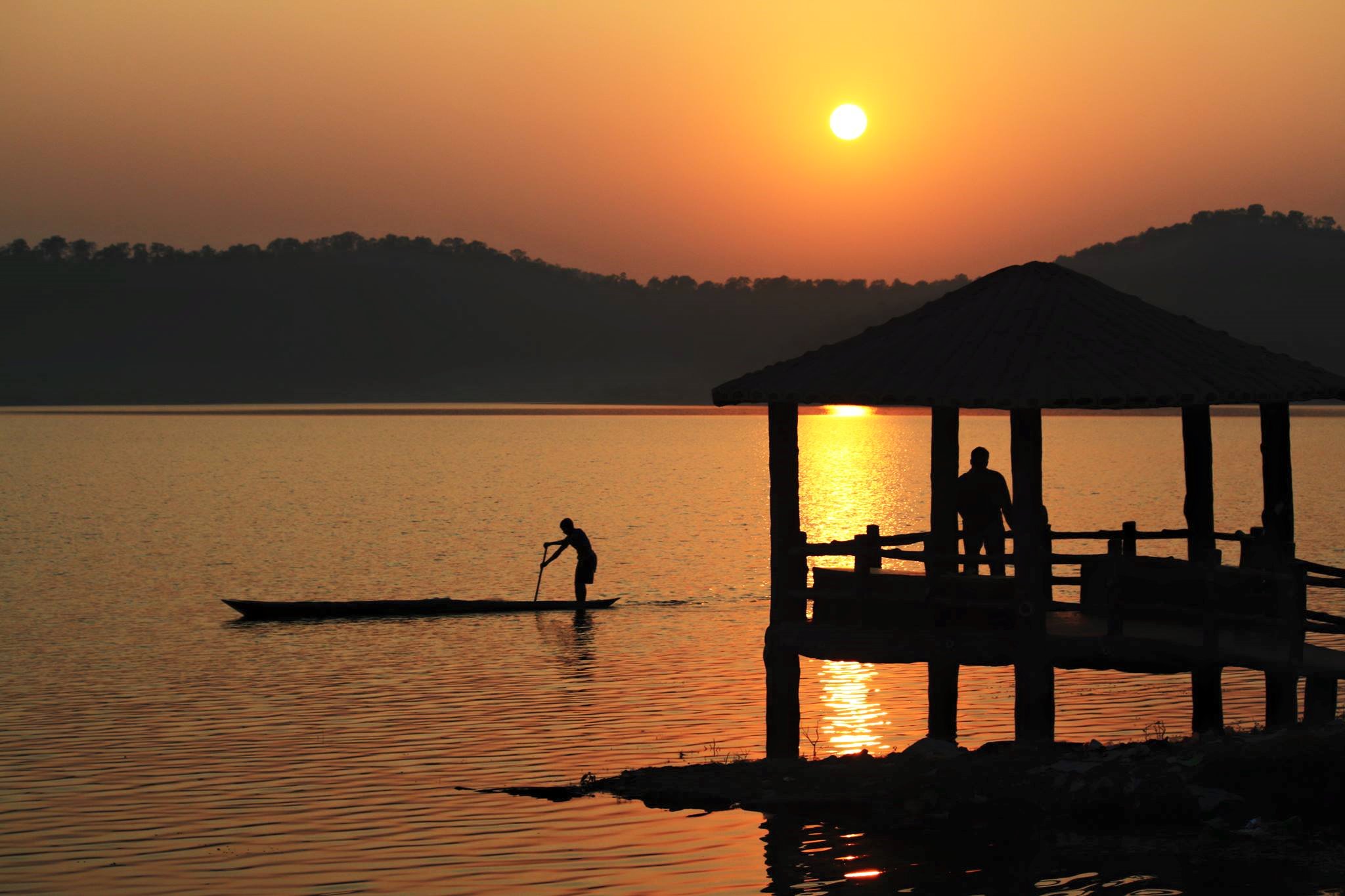 Having a coastline of more than 500 kms and an area of 155,707 km2, The state of Odisha has roughly 4.87% of total area of India. Blessed with vast, varied culture and having an abundance of offbeat yet untouched places to visit Odisha is a treasures. No doubt why Odisha is among the top hot spots, for travelers who wants to immerse into its limitless unique beauty and diverse cultural diversity. Below is a list of top 5 offbeat places of visit in Odisha. The ancient temples of Konark Sun temple, the Holy Puri Jaggannath Temple and the famous Lingaraj Temple of Bhubaneshwar, to name a few are some of the many ancient temples whose exquisite architectural splendor are undoubtedly a reflection into its deep rooted cultural heritage.  Along with its ancient temples, the state is also tremendously endowed with an unparalleled beauty of flora and rich fauna which are very unique to this part of the country. Thus making it an astonishing and fascinating part of Incredible India.

Bhimakunda Waterfall, lies on the confluence of two major rivers of the district namely Sanakunda & Badakunda in the district of Keonjhar, Odisha. It is a large vertical shaped gorge with shifting rocks and speeding currents that provides a stunning spectacular natural environment, imparting an awesome experience to its visitors. The waterfall is two tiered which forms two waterfalls each adding to its spectacular scenery. The huge roaring sound, speedy waters and its large vertical shaped gorge landscapes amid the dramatic smokey scenery makes this an interesting place to be in.

This place is also associated to many mythological stories that dates back to the period of great Mahabharata era .And so it is considered a sacred place. Every year, In the month of January, many local festivals are organised here to celebrate the annual celebration of Makar Sankranti. Thousands of people gather during this period to take their holy dip in the lower stream of the waterfalls. Due to its ideal, scenic and approachable location this place is also very popular among the picnickers. So plan your winter trip to Odisha’s ‘Bhimkund’ water reservoir for an exfoliating experience in the lap of nature. 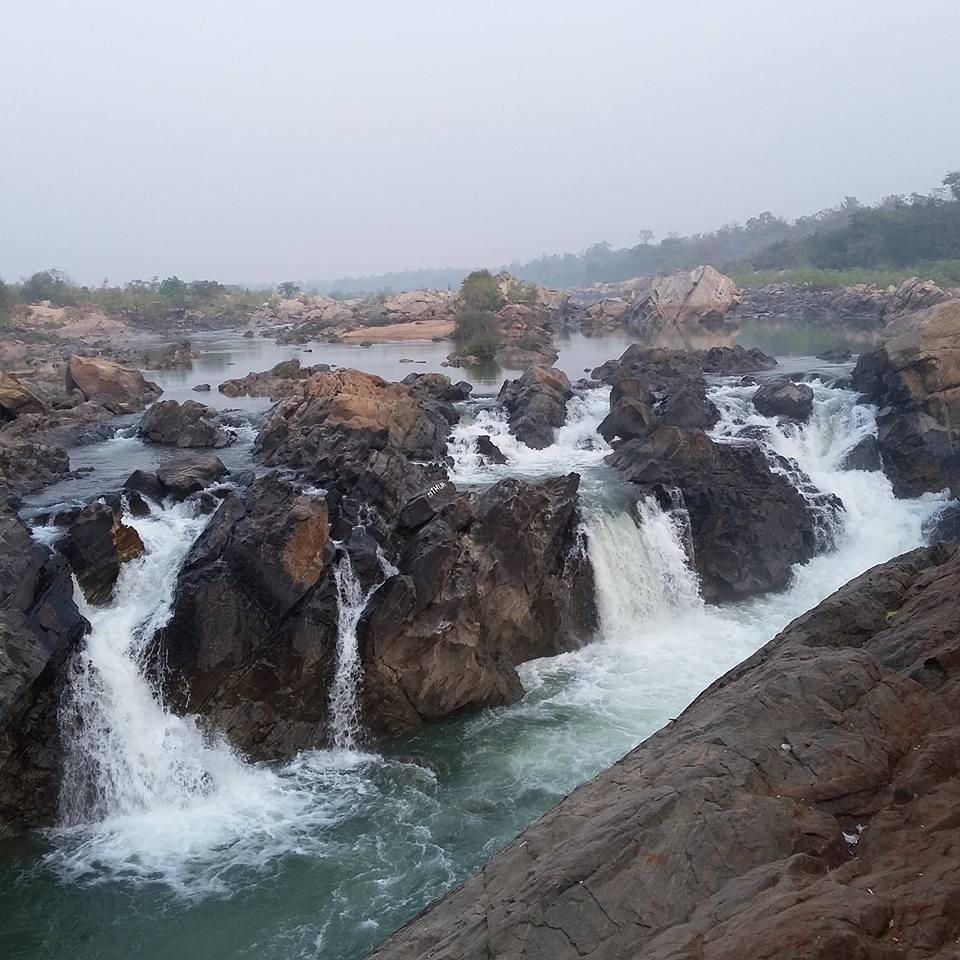 How to Reach Bhimkund

Where to Stay When Visiting Bhimkund waterfalls

While during the visit if you want to find a decent hotel or resort to stay then the state tourism operated Panthanivas Keonjhar is an ideal place to be in. The fooding and lodging facilities are up to the mark for a safe and comfortable stay. You need to prebook online your desired rooms before reaching there and can be done via http://www.panthanivas.com  . Phone number: 9437833115, 06766253603.
VC : Focus Invisible

At the mouth of rivers Rushikulya and Devi, lies the world’s largest nesting site for the Oliver Ridleys turtles. It is part of the Gahirmatha marine wildlife sanctuary of the state of Odisha. Come the months of February till March every year, these tranquil beaches of Rushikulya comes alive with the beating of heavy flippers that belong to hundreds of thousands of Olive Ridleys turtles. Known commonly as the Pacific Ridley sea turtle, these turtle are counted second smallest and most abundant of all sea turtles found in the world.

Every year flocking en-masse in millions they lands on this part of the country for their annual mass nesting. It is this time of the year when the whole of the marine wildlife sanctuary unfolds one of its most amazing mysteries. After laying their eggs the olive Ridley turtles stay here till their eggs hatches and the little hatching returns back to the vast oceans for their eternal life cycle. It is here some year back near to 2 lakhs bay turtles hatched in a span of 24 hours and the news was heartily well cheered by every wildlife conservationists and wildlife lovers. 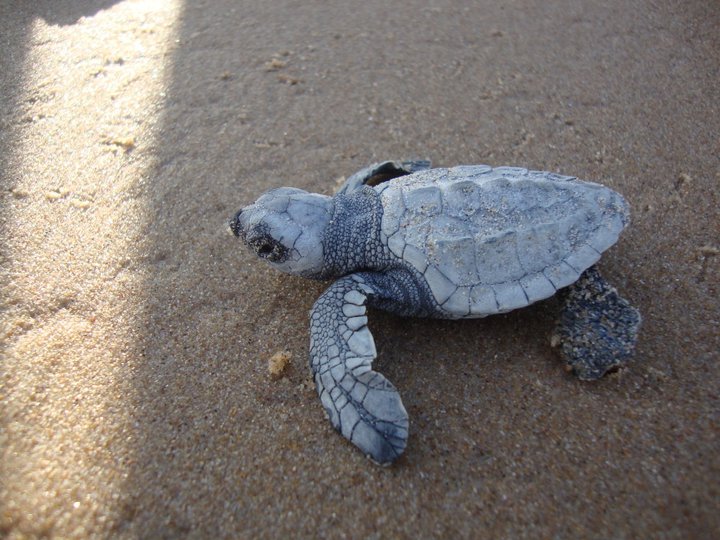 How to reach Rushikulya Rookery

The Gahirmatha marine wildlife sanctuary is just 142Kms and a easy ride of three and a half hours from the capital city of Odisha, Bhubaneswar, which is also the nearest airport to reach the marine sanctuary.

Where to Stay when visiting Rushikulya Rookery

The visit to Rushikulya Rookery can be done as a day trip from the capital city of Bhubaneshwar. But if you have time and have a deep carving for good food and spend a great time with friends and family , I will suggest you to head to Satpada village. Look out for any road side dhabas, they serves fresh sea foods and a good place to spend a gala evening time on the banks of the Chilika Lake.

Surrounded by picturesque landscape, gurgling rivers, tropical forests and exquisite mountain slopes Chandragiri is in the Gajapati district of Odisha. Also known as the Mini Tibet of Odisha, Chandragiri has been the home to thousands of Tibetan people, since the time they flee their land and came to India after 1959. They were here provided protection and land to settle and thus it now became a destination for who, in search of peace and tranquility.

The town’s attraction is the simplicity of the people and their simple living which is still untouched from the modernity. The huge sprawling monastery at the heart of the city is named as Padmasambhava Mahavihara Monastery of the Ripa Lineage. Filled with colorful prayer flags this sprawling monastery was inaugurated by the Holy Dalai Lama in the year of 2010. This five-storey monastery is now the home to more than 500 Buddhist monks. It’s huge meditation shrine hall along with the other smaller temples transpires immense peace and tranquility that cannot be described with words. Also being bestowed with bounties of nature, Chandragiri is famous for its hand made Tibetan woolen garments and off late has become a perfect adobe for trekkers and travelers, who wants to make the most out of their visit to this place. 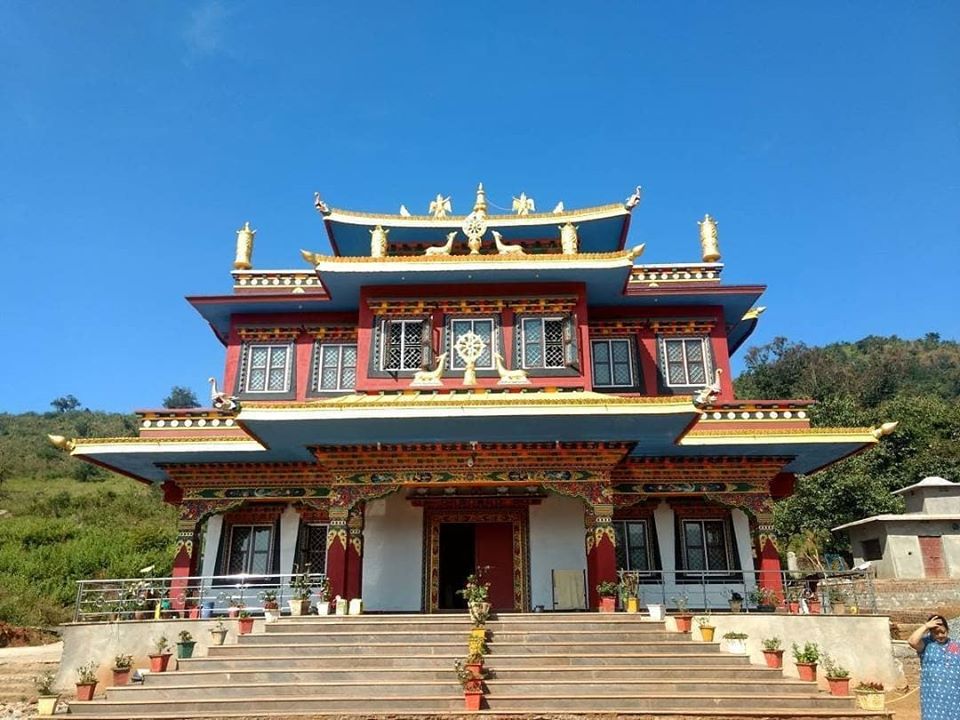 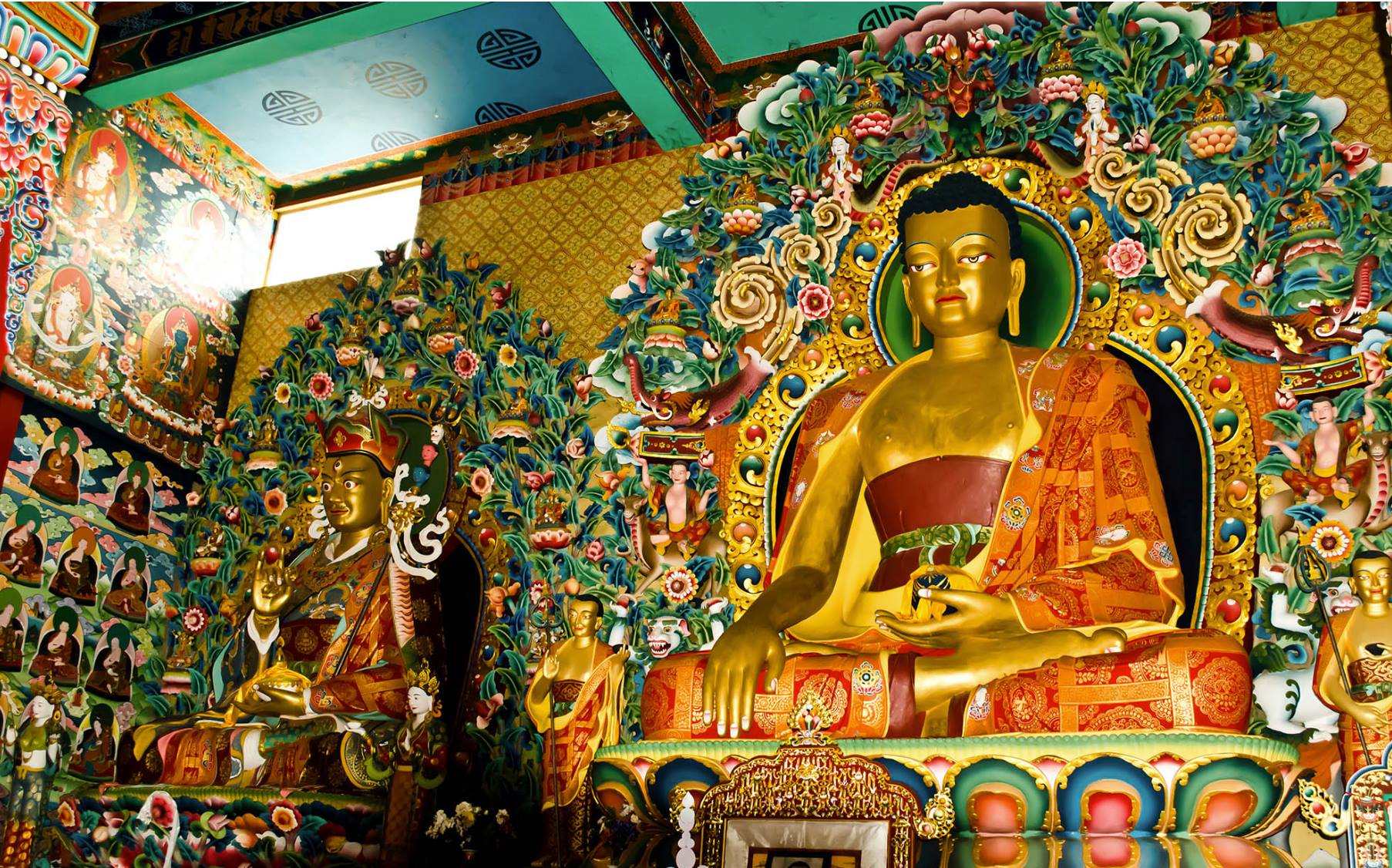 How to Reach Chandragiri

The nearest airport is Bhubaneswar which is at a distance of 250kms.

Nearest Railway station is Berhampur railway station. Once there you can hire a private taxi or board public transport to reach Chandragiri town. The Monastery is at a distance of 4 kms from the Chandragiri main town.

Where to Stay in Chandragiri

There are many options of good, decent and budget hotels in Chandragiri.

The next offbeat places of visit in Odisha is the Khandadhar waterfalls. Located in the Sundargarh district of Odisha, Khandadhar waterfalls is the 12th highest waterfall in the country. The  waterfall is shaped as a sword (khanda) it plunges from a height of 244 mts making it the highest waterfall in Odisha. Its magnificence is accentuated by thick lush green scenic forest, making for an awe inspiring sight to be behold. It has a “smoke like” appearance which gets created by the spraying of water as it cascades down the rock face and produces a roaring sound which can be heard from a distance of half kilometers. The natural environment of this area is also the ideal place for its rich flora and fauna that abundantly found in this adjoining areas. For safety and for the convenience of tourists a fleet of concrete steps have been paved till the base of the waterfalls. Nothing feels better than visiting this naturally blessed place and feel good inside out. 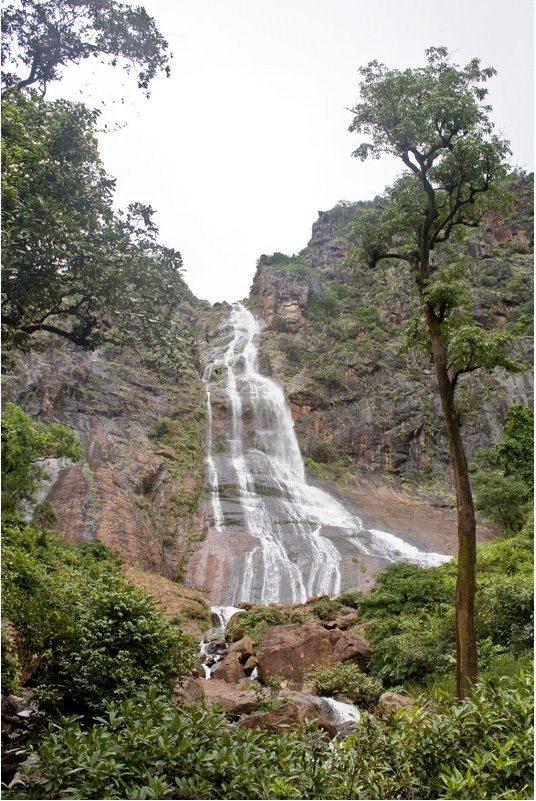 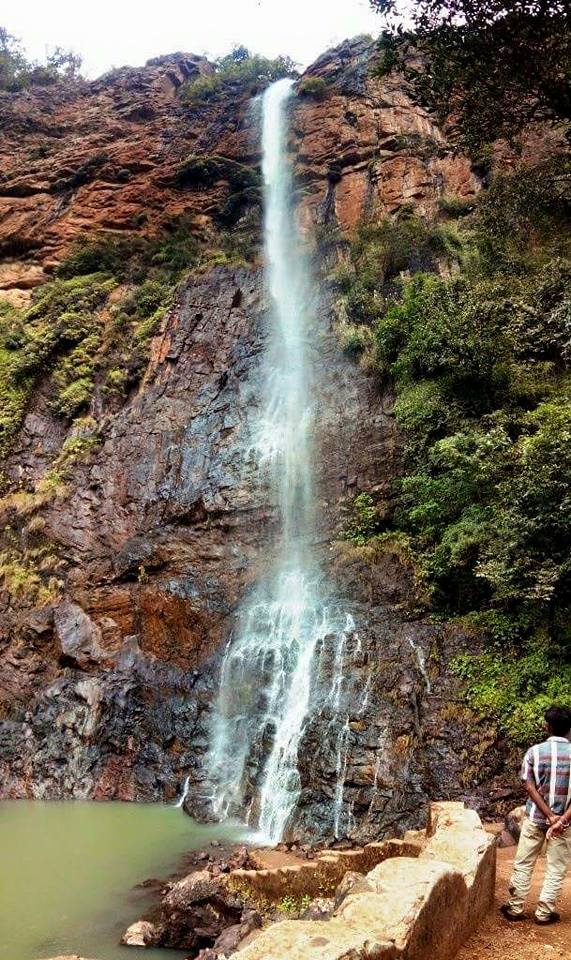 The Khandadhar Waterfalls from the Keonjhar side.

How to Reach Khandadhar Waterfalls

By Airways, Bhubaneswar international airport  is the nearest airport.

By Roadways : Khandadhar Waterfalls is at a distance of 60 kms from Keonjhar town or alternatively from the Rourkela Smart city. Either of the road’s condition to reach the waterfalls are in superb conditions.

Where to stay when visiting Khandadhar Waterfalls

Where visiting the Bonaigarh side of the waterfalls, most decent hotels can be found in the city of Rourkela. As per budget there are much more option of good hotels and resorts to choose from. Some of the well known hotels are Hotel Deepti, Hotel Mayfairand OYO rooms near to the Rourkela railway station.

On the Keonjhar side of the waterfalls, much options can be found in the Keonjhar city. There are many option available for both budget and luxury hotels.

VC : its me chanti

Surrounded by a series of valleys and wooded hills of varying colours, Gonashika is famous for its temple of Brahmeswar Mahadev. The temple which is situated on top of a small hill, in the Keonjhar District of Orissa is one of the many major pilgrimage site in the state of Odisha. This ancient place is believed to be the origin for the river Baitarani. Where after rising up a bit river Baitarani’s water sprang out of a stone, which is shaped like nostrils of a cow. Astonishingly, the water then vanishes and is seen again after it covers a short distance underground, which is why it is also called as river Guptaganga. 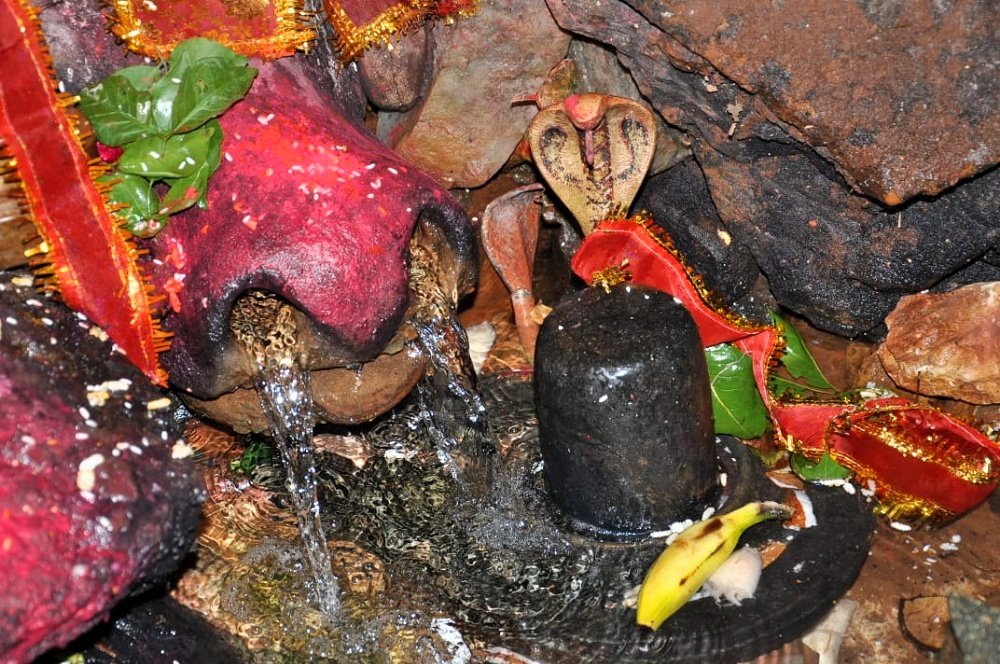 Being the home for many tribal, Gonasika is also Odisha’s paradise for traveler who are interested in bit of anthropology and tribal culture. The tribes of Bondas and the Gondias are two major tribal people who still being rooted to earth have kept alive their un-corrupted beliefs in their forest, rivers and wildlife. The place is absolutely perfect for a weekend vacation with friends and family.

How to Reach Gonashika Temple

By Airways: The capital city of Odisha state, Bhubaneswar is the only international airport in the state, from where you can reach Keonjhar and then to Gonashika Temple.

By Railways: The Keonjhar Railway Station is at a distance of 28 km from Gonashika Temple. Once there you can bargain a taxi for a tour to Gonashika Temple by clubbing it with  a visit to Sanghagra and Badaghagra waterfalls. The round trip should not cost you more than Rs 2000 from Keonjhar.

By Roadways . This spot is just 20 km away from Keonjhar. The roads are perfect for taxi or for personal bike.

Where to Stay When Visiting Gonashika Temple

One can get a decent hotel accommodation at Keonjhar town. The facilities provided are very basics. And for fooding the option are many. Many small or medium hotel restaurents serves rice and fish which have a very unique taste of this region. Do ask for the Cheenapodas and cheena gaja sweets. You will love it.