Derived from the name of a hill Rishyashringa-giri, a hill, Sringeri  is the 8th century site of the first maṭha (Sringeri Sharada Peetham) established by Adi Shankara a Hindu theologian and exponent of the Advaita Vedanta philosophy. Also called as the Dakshinamnaya Sringeri Sharada peetam it is located on the banks of the river Tunga, and is home to a number of historic temples. Some of these fine piece of architecture temples are the Sri Vidyashankara temple, Sri Sharadamba temple,and Sri Malahanikareshwara temple are prominent which dates back to 11th -13th century.

Among the three temples, the primary draw of the town is the Shri Sharadamba temple that is dedicated to Goddess of Wisdom, Goddess Saraswati. The faith here says that by worshiping to Goddess Saraswati, one can receive the blessings of Tridevs i.e Brahma, Vishnu and Shiva. That is the reason there happens a sacred ritual called Aksharabhyasa where a kid in the age of 2-5 is be initiated to learning. 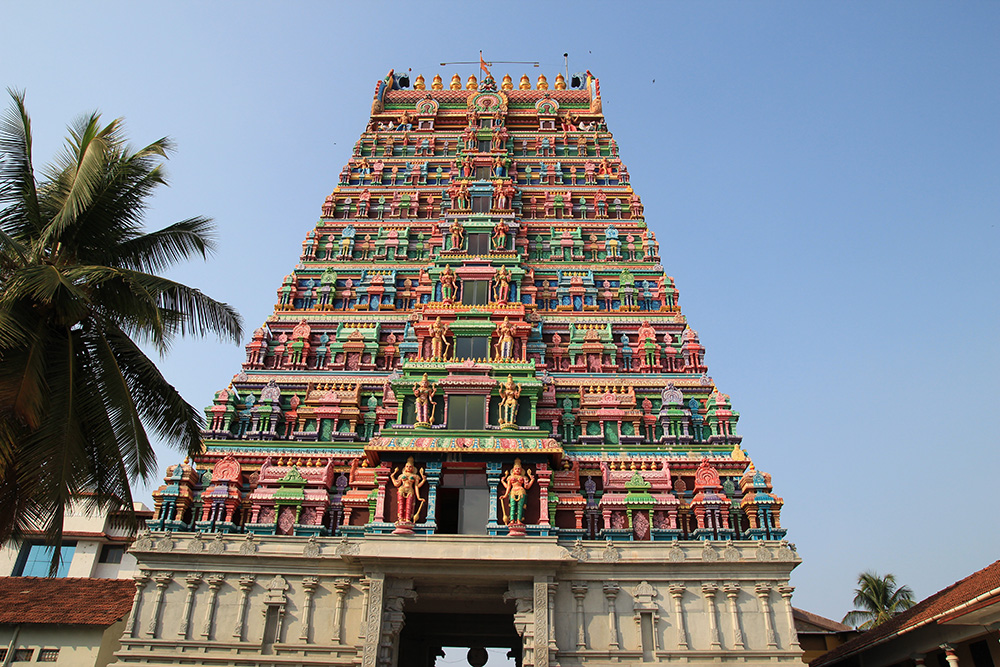 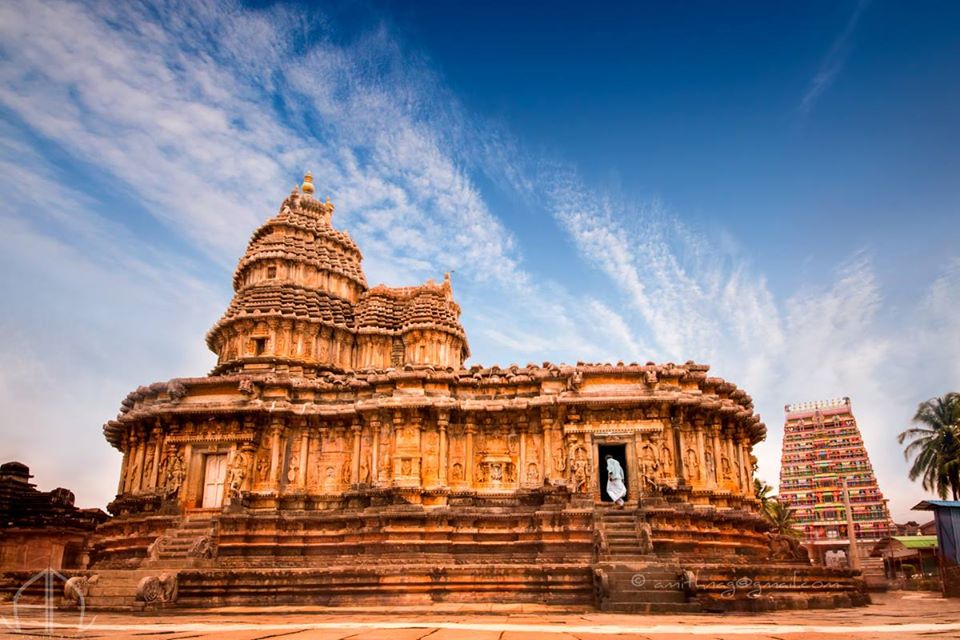 The Vidyashankra temple  is where one can see 12 Zodiac pillars, called as the Rishi Stambhas where there are clear engravings of the 12 divisions of the Zodiac. 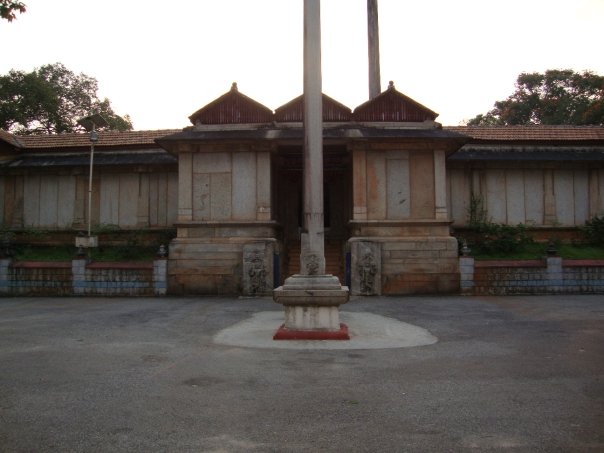 As per the initiated tradition  by Sri Adi Shankaracharya, Sringeri maţha is in charge of the Yajur Veda, which is primarily of prose or mantras which are religiously and is staunchly followed during any Hindu rituals while worshiping.

Extract from 1200 BC old Yajur Veda(Shukla)

Nearby Places of Visit in Sringeri

Along with some of the prominent temples, you can also indulge in a small trek to reach the Jain temples of Kundari which is dedicated to Thirthankara and is just 30kms away from the Sringeri town. These Jain temples are unique and houses the deity of Parshwanatha who was the 23rd tirthankar. 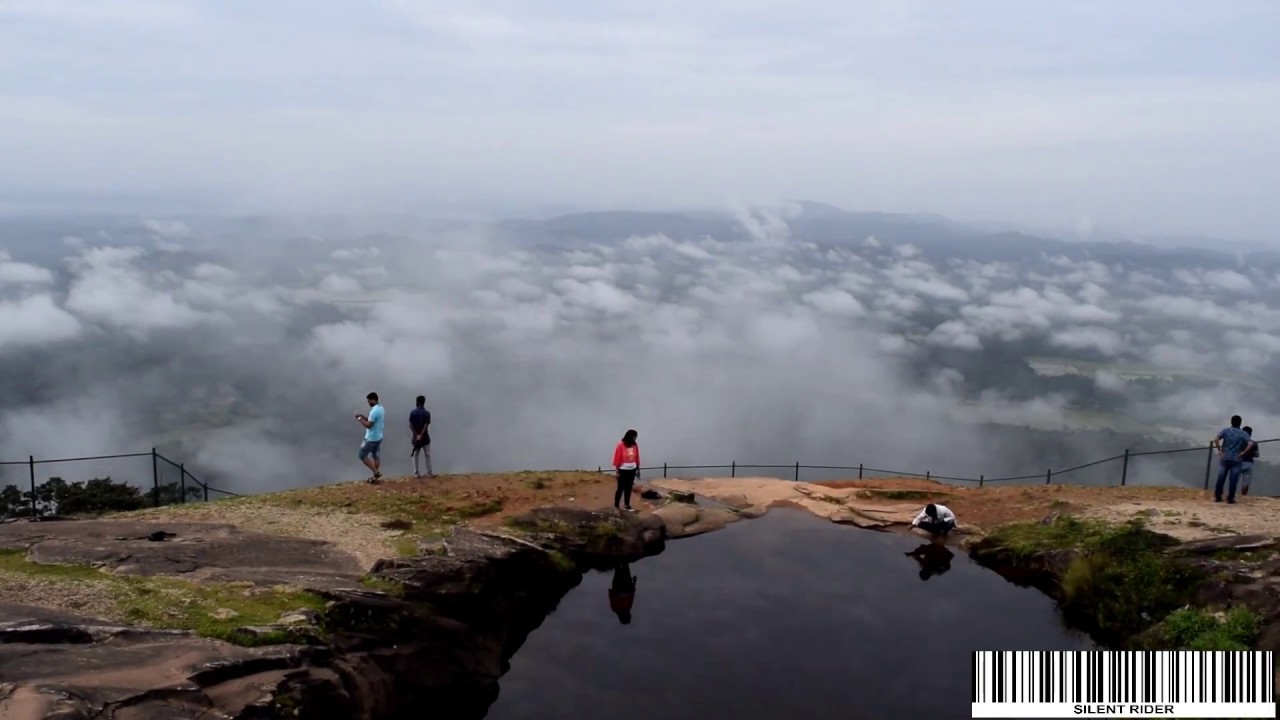 Some of the other nearby attraction of Sringeri are the Sirimane falls and Hanumanagundi Falls. 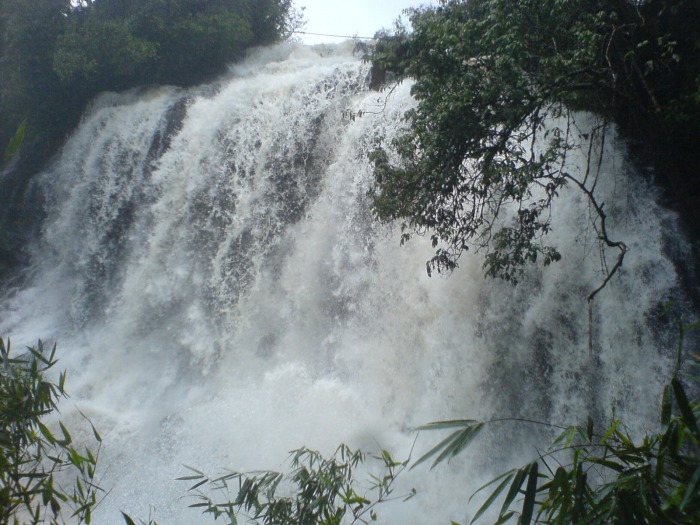 How to reach Sringeri

By Roadways: It is well connected with the Bengaluru and the state run Road transport KSRTC operate AC and non-AC luxury buses between Sringeri and Bengaluru.

By Airways: The nearest airport is at Mangalore, which is at a distance of 105 kilometers

By Railways: The town of Udupi(80kms away) is well connected with the Metro city, Mumbai via Konkan Railway.

Where to Stay in Sringeri

Though Sringeri is a small town, there are a number of options for accommodation. The Sringeri Mutt runs several guest houses located near the Sri Sharadamba temple. You may also find many options for private lodges.

The best time to visit Sringeri is in between the months of October and March.

Other Well Known Places of Visit Near to Sringeri

1)Shravanabelagola : The town of Shravanabelagola is also known as Gomteshwar, is the most sacred and holy land  for Jain religion. The holy land has a 17m tall monolithic statue of Lord Bahubali.The village is near to 170 Kms from the Bangalore City. And can be reached by well connected regular bus services from the Majestic Bus terminal in Bangalore.

2.  Murudeshwar : It is yet another famous places of visit in Karnataka that is a pilgrimage site for Santan Dharma followers. It is 153 Kms from Sringeri town via Udupi. This temple town is known for its 123fts high Lord Shiva temple and for the 20 storied high Raja gopura of Murudeshwara temple. Please read the below post to know more on Murudeshwar.

3.  Shimoga : The touristy place of Shimoga is well known for being the gateway to the scenic Malnad region of Karnataka. Shimoga is 97Kms from the Sringeri town . The place can be reach by booking a private taxi to Shimoga town .

For more details please read the below post on Shimoga:

Travel Guide for Shimoga | The Gateway to Malnad | Karnataka