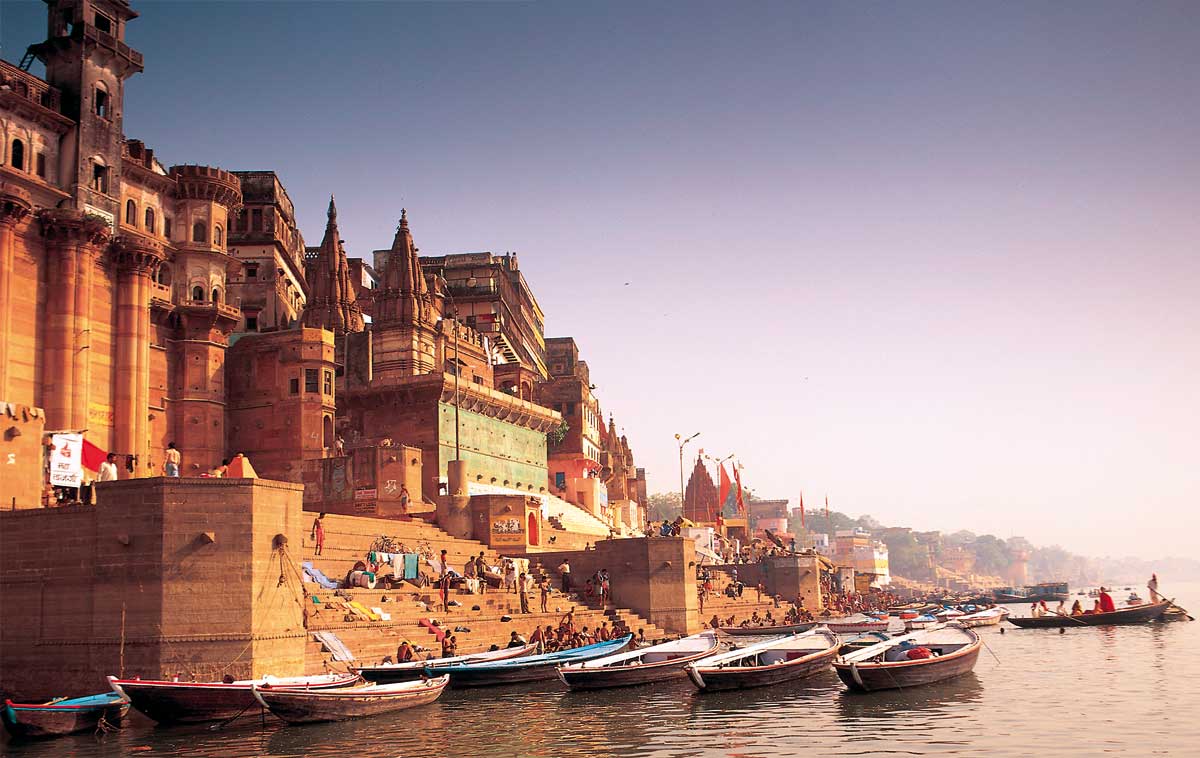 Situated on the banks of the holy river Ganges is the city of Kasi or Varanasi ( as renamed recently). Varanasi city is regarded as the most holiest city in India by Hindus, Buddhists and Jains alike and has a long history of being among the oldest continuously inhabited cities in the world , probably the oldest in Indian Subcontinent .People often refer the city as ‘the religious capital of India’ ,’the holiest city of India’ and as one of the central pillar as ‘the city of learning’ .The city is meandered by the holiest river of Indian subcontinent the River Ganges .It is here ,it is believed that on the banks of holy River Ganges who so ever takes a dip in its holy water ,washes away all its sins of their present and before lives .

The Temple of Kasi Vishwanath is known as the most important of the twelve Jyotirlingas (Linga of light) of great Lord Shiva ,spread across whole of Indian subcontinent. Lord Vishwanath or Vishweshwara is the presiding deity of the temple. The Temple’s inner sanctum has the holy ‘jyotirlingam‘ .Placed on a silver alter the Jyotirlingam  is the main devotional focus thousands of devotees and pilgrims who pour in everyday to offer their sincere reverence to the supreme Lord Shiva.

The Varanasi city holds a great obeisance among all religious sects ,as it is truely believed that those who live in the city attain Moksha (salvation) ,Karma (ability to act freely), Dharma (lawfulness) and Arth (meaning of life) .

The other special attraction in Varanasi is the daily ritual of evening aarti of the Holy River Ganga . The Agni Pooja (Worship to Fire) usually starts at around 7.00 pm every day .It is performed by a group of priests wherein a dedication is made to River Ganga , Lord Shiva ,Lord Agni (Fire) and Lord Surya (Sun) .

The prayer commence with the blowing of a conch shell by the head priest .Chanting of prayers and hymns in the praise of the Holy River Ganga begins thereafter .The aarti continues with waving of incense sticks in elaborate patterns and circling of large flaming lamps by seven similarly clothed priests ,creating a bright hue against the darkened sky. The whole aarti ritual is performed in a well synchronized and choreographed manner , where the movement of the lamps held in the priest’s hands, is tightly synchronized to the rhythmic clang of cymbals and chants of hymns.

The Ganga aarti takes around 30 min to finish .The presiding priests then take the lamps of aarti  towards the waiting devotees on the ghats .To seek Goddess Ganga’s purification and blessings one has to cups their hands over these aarti flames and raise their palms to their forehead. Its a totally mesmerizing and a wonderful experience to be there and be a part of the crowd watching Ganga aarti from the banks of the holy river Ganga.

Although Varanasi can be visited throughout the year ,but the best time to visit Varanasi is during the Winter season from November till March end. The climate is usually cool and good for group travelers to visit the place. Rest of the months are mostly dry and very hot/humid to visit the place.

How to Reach Varanasi

By Air: Varanasi has it’s own domestic airport which has regular domestic flights connectivity with most of the most important cities in India.

By Train: There are some daily trains traveling to and from the every major stations of India. Also the luxurious Rajdhani Express train which plies between Kolkata and Delhi passes through Varanasi. Click the following link here to know the list of trains going to Varanasi .

By Road: Varanasi is very well connected by a good road network to every other important Cities in Uttar Pradesh like Allahabad, Lucknow. Also the Uttar Pradesh state government buses regularly ply between Varanasi and the other main cities and townswhich can be avaialed at nominal ticket prices . Apart from this private buses run, cars and jeeps can also be hired by visitors .

Where to stay in Varanasi

Since Varanasi is a major pilgrimage site , there is no dearth of accommodation availability .There are plenty of decent hotels available through out the city round the year . However if you are asking for suggestion on hotels please click on the following link and to know the list of decent Dharmashala/lodges available please click here.

Other Places of Visit in Varanasi