The Holy City of Dwarka and Nageshwara Temple 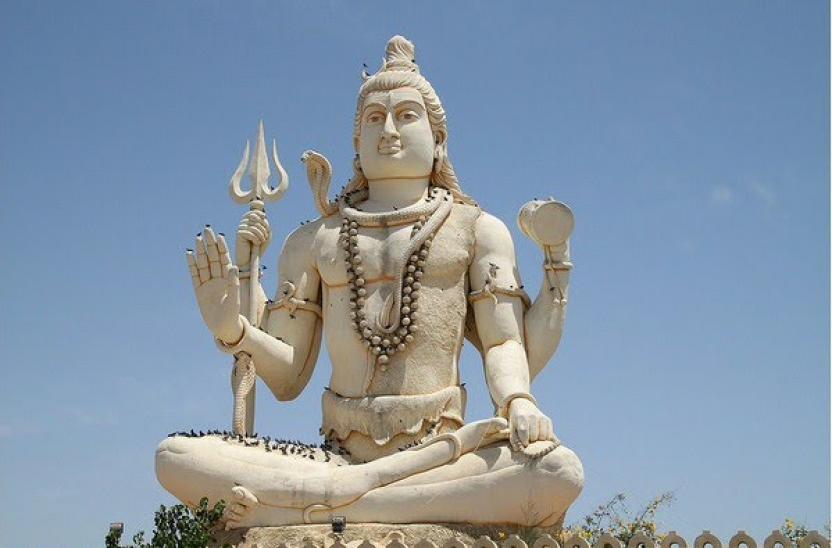 It was a strong urge that made me to visit the holy city of Dwarka,the place where Lord Krishna ruled over as the King. The plan of visiting was purely spiritual, as Dwarka was the last of the remaining Dham that I was yet to visit. I was accompanied by one of my friend from Bangalore.

We took our respective flight from Pune Airport and Bangalore Airport to reach Ahmedabad, the capital city of Gujarat. And as planned boarded a pvt volvo bus to reach Dwarka from the CBT Ahmedabad. The journey by bus took us more than 10 hours to reach Dwarka. It was only after 8am that we reached the central bus stand at Dwarka and checked in to our pre-booked hotel. After freshening up we went straight to the Dwarkadheesh temple which was at a walking distance.

The holy temple of Dwarkadeesh is located on the western shore of a peninsular outcrop on the right bank of the Gomti River. The Dwarka city literally means the “gateway to heaven” in Sanskrit, as Dwar means “gate” and  ‘ka’ references “Brahma”. This city is on an important and busiest sea trade fairing route since ancient times. In the past the sea traders mainly dealt with precious metals, spices, wood and ivory which made its trading dwellers very rich through the trade deals. It was also the nodal point of trade with Mesopotamian civilization and East European countries. Which for same reasons was always counted among the richest city from ancient time. No doubt why it always took the first burnt in the past from the regular onslaught of foreign invaders and pirates. According to historical records the city was destroyed innumerable times by the looters and Persian invaders from the east and present day main temple of Dwarkadeesh also faced the brutal burnt. The original temple location is believed to be 2500 years old, which has got reference in the Holy epic book of Mahabharata. But ,the present day temple was rebuilt by Raja Jagat Singh Rathore who put in immense money and resources to rebuild the present day holy temple of Dwarkadeesh. It may reason when sometimes the temple of Dwarkadeesh is also called as Jagat Mandir. 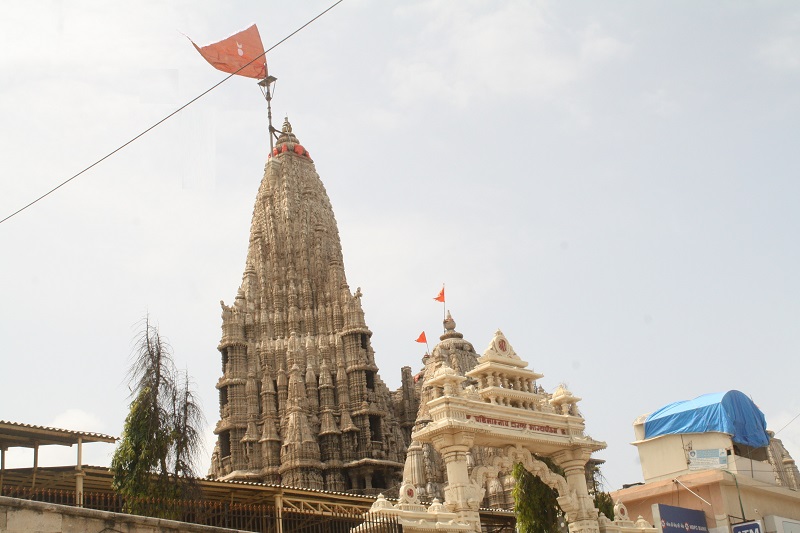 True to all the words in holy book of Mahabharata the place is a sight to behold. We went inside the temple complex after depositing all our electronic items and getting body scanned by the gaurds. The flag atop the temple showed the sun and moon, which is believed to indicate that Krishna would be there till Sun and Moon exist on earth. It is changed 5 times a day, but the symbol of Sun and Moon remains the same. The temple spire is currently 78.3m high. The temple is constructed fully of limestone which is still in pristine condition. Its walls showed intricate sculptural detailing done by successions of dynasties who ruled the region of Saurastra. The structure was not expanded much by these works. The main temple entrance (north entrance) is called “Moksha Dwara” (Door to Salvation) open up to a huge courtyard that can seat thousand devotees. There were also few separate building complexes for temple administration and for resident of the temple. Present Day temple is 5 storied and stands on 72 pillars. True to the words it’s a magnificent architectural masterpiece. The entrance to the south of the temple is called “Swarga Dwara” (Gate to Heaven) which has a doorway that has 56 steps which leads to the River Gomati. 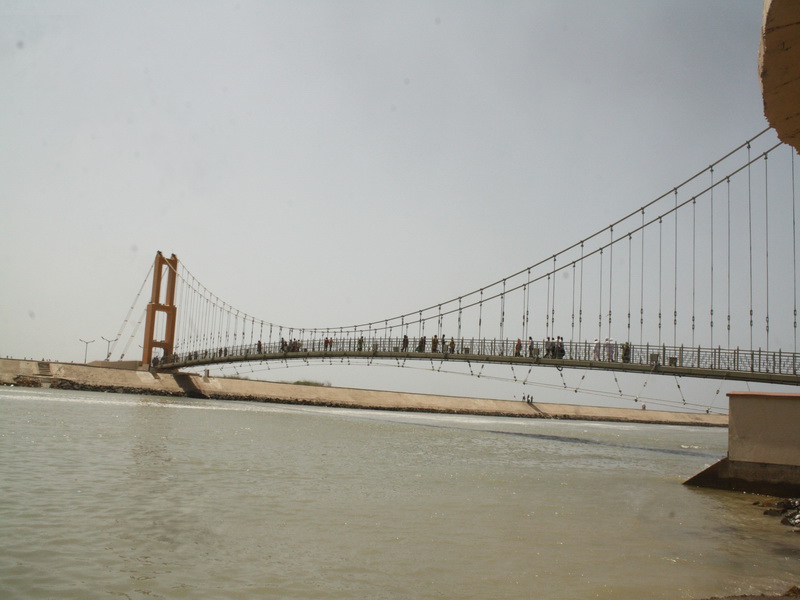 We went in queue to reach the inner sanctum area. In the main shrine, the central altar embraces the idol of Lord Dwarkadheesh. The image is presented in the form of four-armed Vishnu (Lord Krishna is the incarnation of Lord Vishnu) known as Trivikrama. The Lord decked in new clothes, jewels and flowers was an sight to behold for. We may have spent another hour immersing ourselves in devotion towards Lord Krishna. My fascination drew to a wall painting near to the exit of garbha ghriha (inner sanctum) where the whole family tree of Krishna is drawn. The level of details about the Harivansh lineage in there was quite amazing. After spending another few hours we came out of the temple’s south entrance. 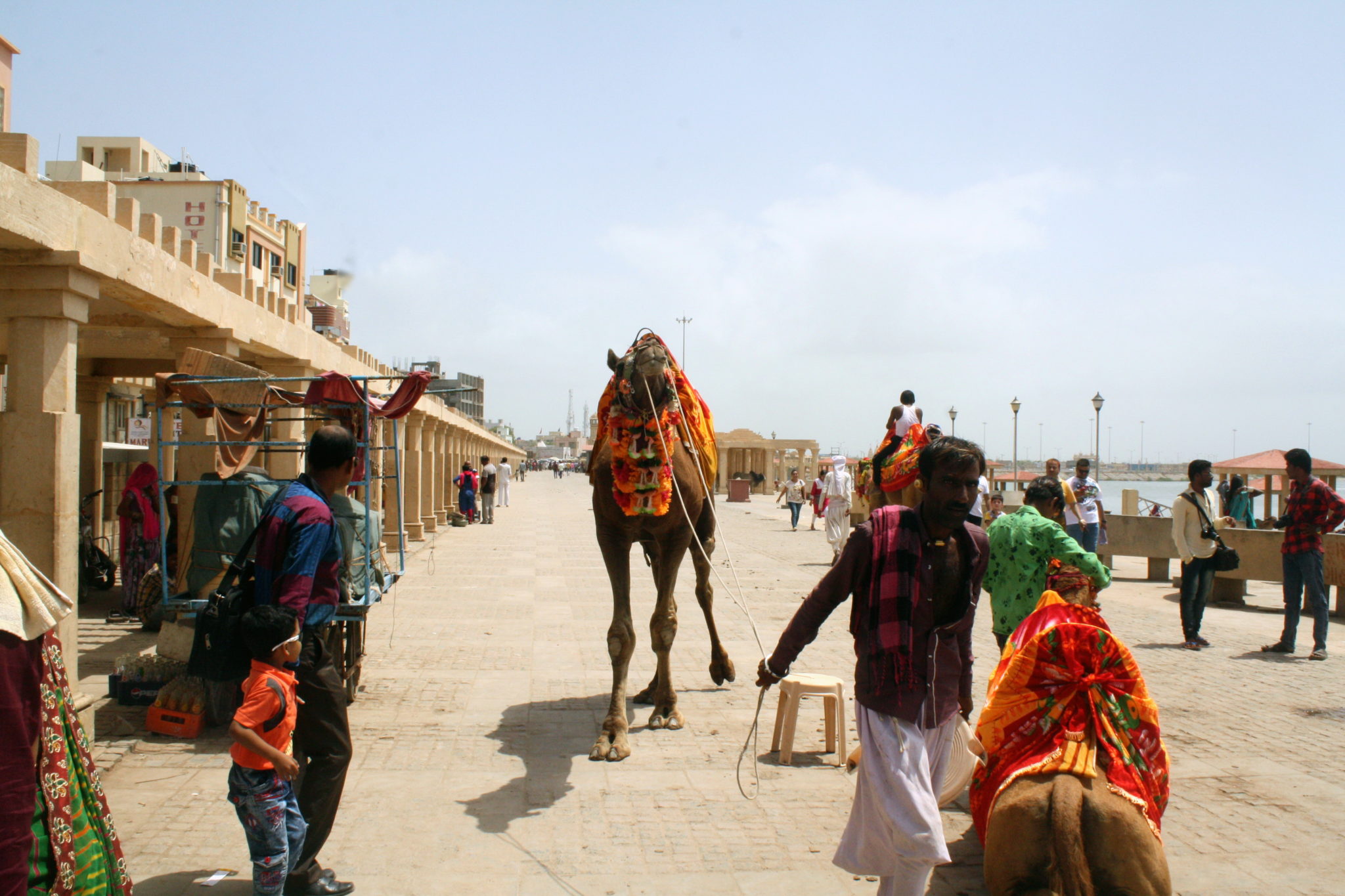 After having some snacks, from the Auto stand nearby we booked an auto rickshaw to reach our next destination, Nageshwar Jyotirlinga (one of the 12 jyotirling of the Supreme God Lord Shiva) Temple. The Nageshwar Temple is some 25km from the Dwarka main town. The roads were not well maintained and it was somewhat a bumpy ride. In the vast arid expanse the only soothing sight were some lentils farms on both side of the road. My auto driver said the land is not so fertile over here due to high salt content, doubling up the woes of farmers are the erratic and scarce monsoon rainfall.

We were nearing the Nageshwar temple. And the huge statue of sitting Shiva was seen from a distance. The time must be around afternoon time, so could see sparse no of devotees. 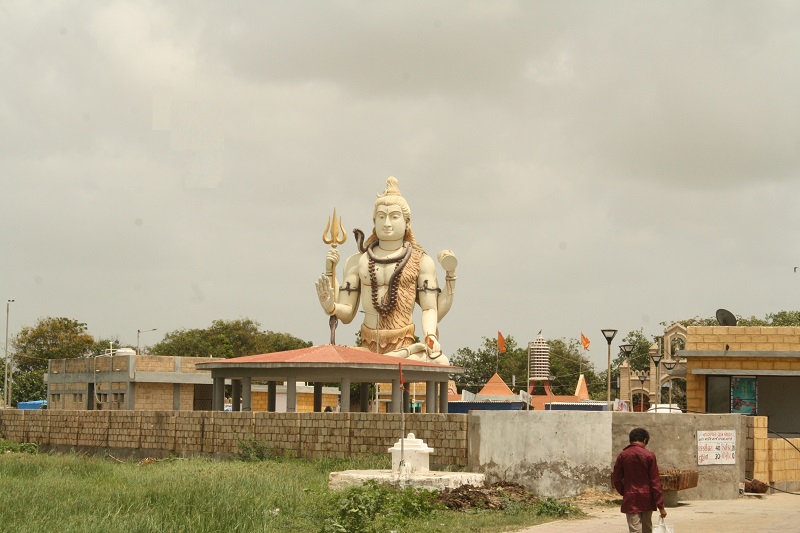 The Autorickhaw was parked nearby and we went inside the temple complex. The temple complex was luscious green with trees like Peepal tree and Neem trees, which was a stark contrast to it’s arid background. We had our darshan in another hour or so and took some decent photos of our visit to the Nageshwara Temple. Rest of our day at the temple was spent as peaceful time under the lush green trees besides the 25 feets sitting Shiva statue, contemplating on today’s great journey.