Rourkela is a major industrial city in the district of Sundergarh, Odisha. Lovingly called as the city of Dreams, it is the home to a vibrant traditional and contemporary urban culture. Surrounded by hills and rivers Rourkela city is home to a unmatched cultural diversity. Its unique geo-location and proximity to many popular places makes it a preferred getaway in whole of Odisha.

Being well known for its huge Steel Plant, Rourkela city is also known as a premier educational Hub of Eastern India. Some of the top premier Institutes like the National Institute of Rourkela and the Biju Pattnaik University of Technology have their campus in the Rourkela city. The city attracts best of the minds, in-where they are nurtured. The city has produced many worldclass Engineers, Doctors and academicians who have proved their dexterity in their respective fields at the world level.

In the field of sports Rourkela’s prowness is also very well known. The city has produced some of the finest athletes and sportsmen like erstwhile Indian Hockey team captain Dilip Tirkey, defender Lazarus Barla and Arjuna Awardees Minati Mohapatra to name a few. There is a huge International Standard stadium in the heart of the city at Sec -5 to benefit and nurture young sportsmen. Having a capacity for more than a thousand spectators the stadium is considered to be one of the finest hockey stadiums within the country. Many new stadium like the hockey stadium near to the stadium has been built that will play host to the upcoming men’s hockey world cup in the year of 2023.

Best Places of Visit In Rourkela

Now coming to the some of the best places of visit around Rourkela city. Few of the many popular places of visit in and around Rourkela city are Hanuman Vatika, Vedvyas, Kansabahal Dam, Mandira Dam. The popular among these Vedvyas, lies on the confluence of three rivers namely Sankha, Koel and Saraswati, which is among major pilgrimage site in Odisha. The temple at Vedvyas is highly revered as it is believed that Maharishi Vedvyas had penned down parts of the great Hindu epic of Mahabharata. Every year during the festival of Guru Purnima, millions of devotees flock to this place to solemnize thread ceremonies, marriages, and other rituals.

ALSO READ  Rann Of Kutch Utsav : Everything You Need To Know | Gujarat

Being in the vicinity of the Rourkela City is the Hanuman Vatika. The temple premise is spread across an area of 13 acres and is dedicated to Lord Hanuman. The specialty of this temple is the 75 feet high statue of Lord Hanumanji. The statue holds the distinction of being one of the second highest statues of Lord Hanuman in Asia.

Another noted place near to the Rourkela city is the Pitamahal Dam. It is one of the major Dam that mainly caters to the water need of the whole Rourkela city. Its peripheral region has been developed for sustaining eco tourism. And due to its exotic location it is a much sought after and favorite destination among the picnic goers of the city. 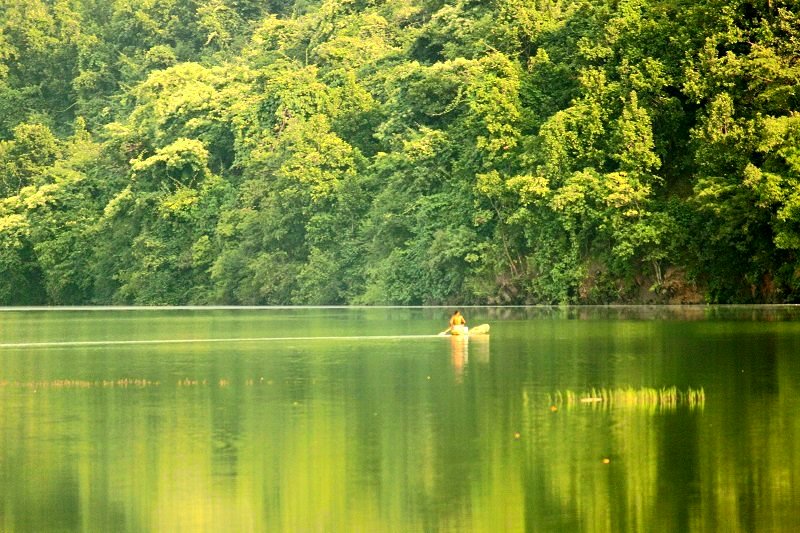 Maa Vaisho Devi Temple is one of the famous and the oldest temple complex of Rourkela city. Built on top of a beautiful hillock, it is built as a replica of the Vaishno Devi sanctuary of Jammu. The temples present in its premises are dedicated to Goddess Kali, Goddess Saraswati and Goddess Lakshmi. And is now a major pilgrimage site in the city. The visitors get to see a beautiful perspective of whole of the Rourkela township.

In the heart of the city is the sprawling park called IG park . Built over a massive 42 acres of land, this well-maintained park is a treat to every kids of the city . Besides housing manicured grass meadows and flower garden it has also a small zoo an aquarium, a lake and among them, the best a huge doll museum. The flower garden includes a wide varieties of floral species and houses a huge musical fountain. Whereas, the zoo houses many different species of birds and animals ranging from deer, black beer, peacock, and crocodiles. As a whole a perfect chillout weekend getaway for the whole family.

How to Reach Rourkela Smart City

Rourkela station is a major railway junction on the most busiest railway route of India. The city has superb roadways connectivity with every major cities of the the country.

The city has its own Airport, but it currently caters only small fourteen seat chartered planes. These small aircraft ply between the cities of Bhubaneshwar, Barbil and Jharsuguda. In near future, the airport is now being overhauled to handle large size aircraft.

Where to Stay When Visiting Rourkela Smart City

Being an industrial hub and a smart city, Rourkela has many chains of superb hotels like the Hotel Deepti and Hotel Mayfair to name a few that caters both national and international tourists.