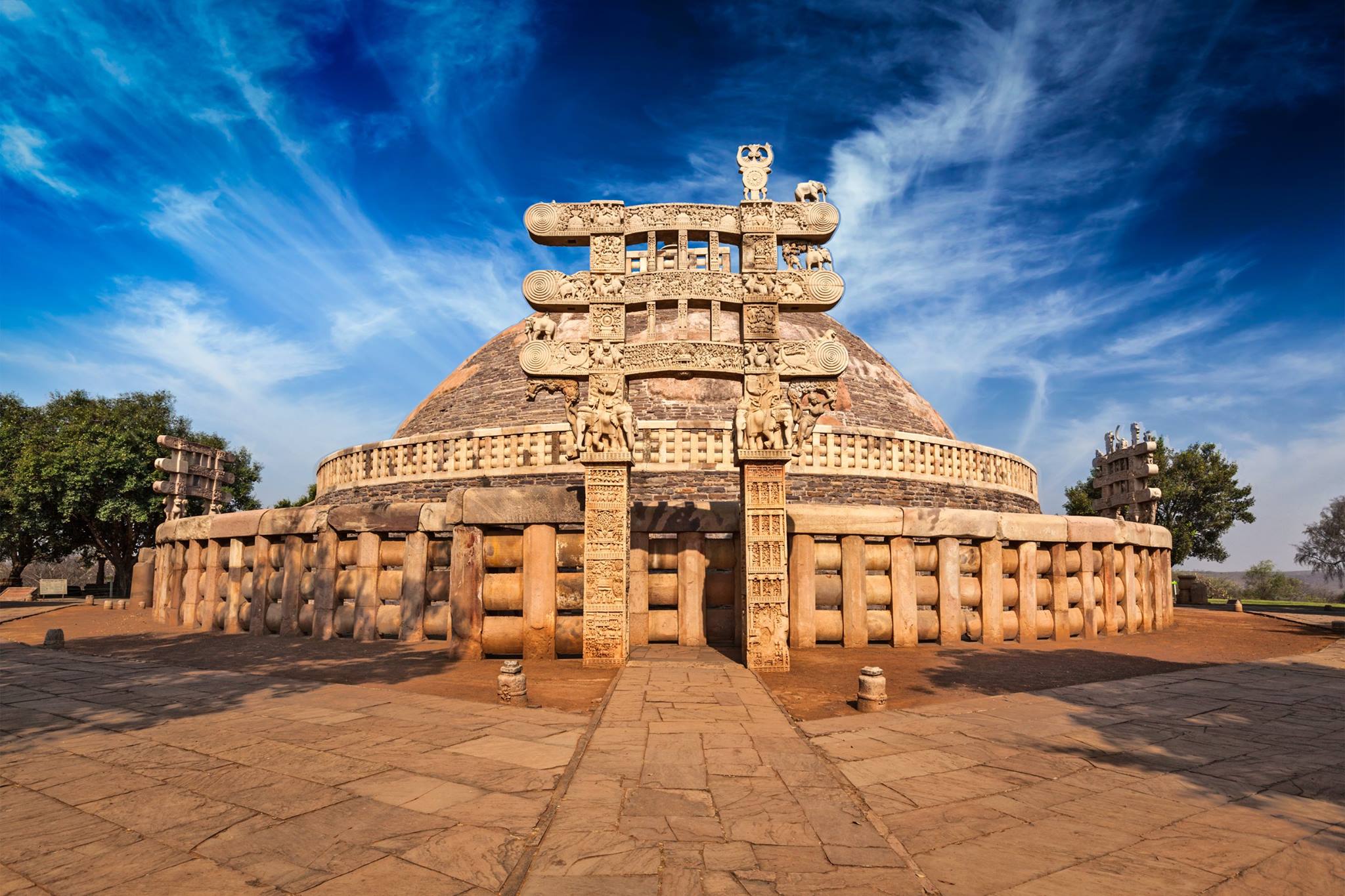 The Buddhist Stupas at Sanchi are famous for its outstanding specimen of Buddhist art and architecture. These stupas are estimated to ,belong to an era between the 3rd century BC and the 12th century AD. The Stupas of Sanchi were discovered (rather say found in ruins ) in the year 1818 by a British General named Taylor .He on his own capacity lead the restoration work of the Stupas . 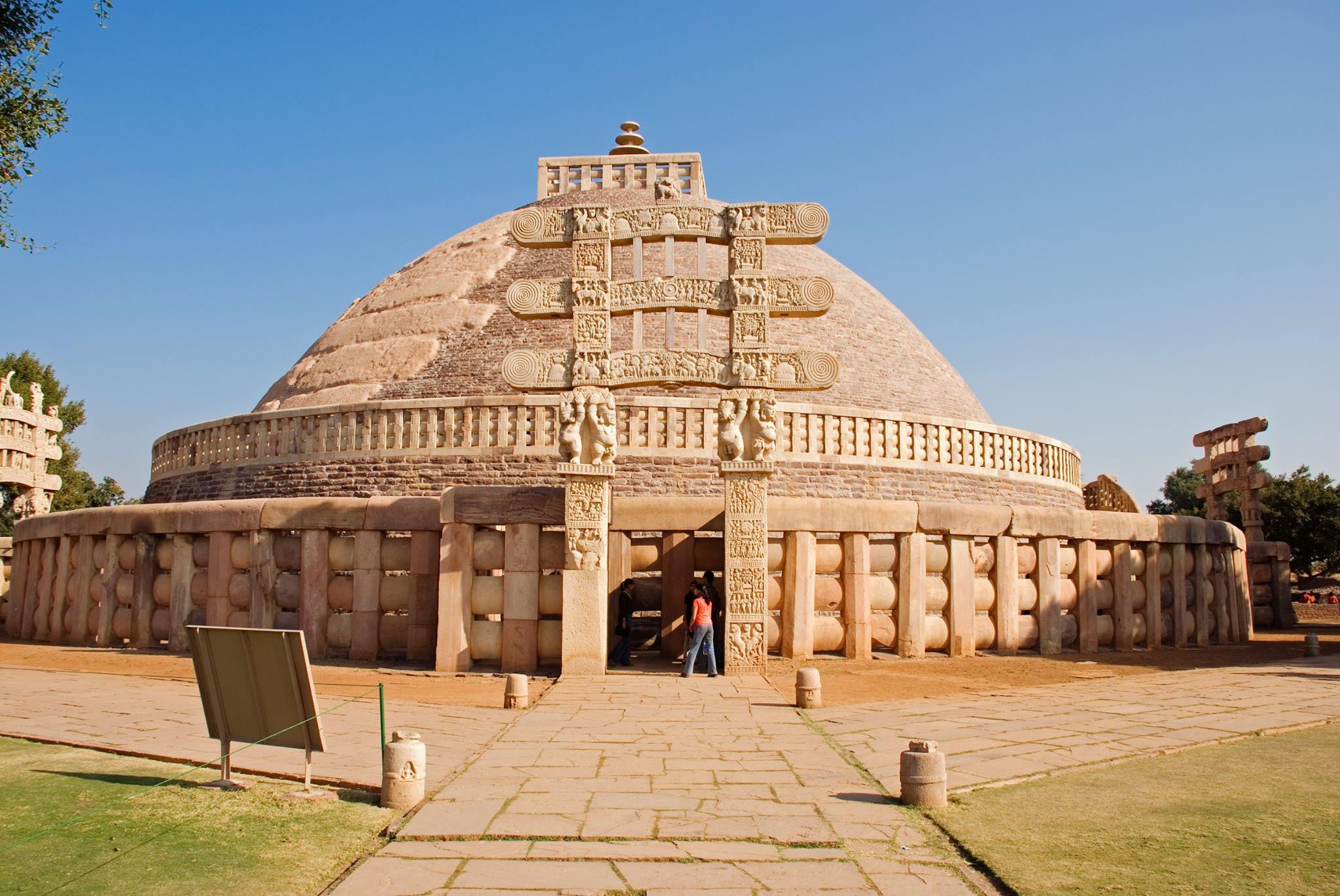 The Stupa at Sanchi is one the most wonderful structures of the ancient India.These are large hemispherical domes, containing a central chamber, in which the relics of the Buddha were placed.During the rule of Shunga dynasty in central India the Sanchi Stupa was enlarged and its stones faces were decorated with railings, staircase and a harmika on the top. There’s a path for circumambulation around the main Stupa dome called Pradakshinapatha .

There are decorated gateways at each of the four directions. Each of these gateways are unique to its true sense and have Jataka stories carved on them which narrates on previous births of Buddha, and also provides a narrative depiction of several of Buddha’s life events with richly sculptured motifs and designs.It is of great importance to the rich Indian culture and it was so included by the UNESCO as one of the heritage sites of the world.

The most ornamentally carved and the most well preserve gateway . 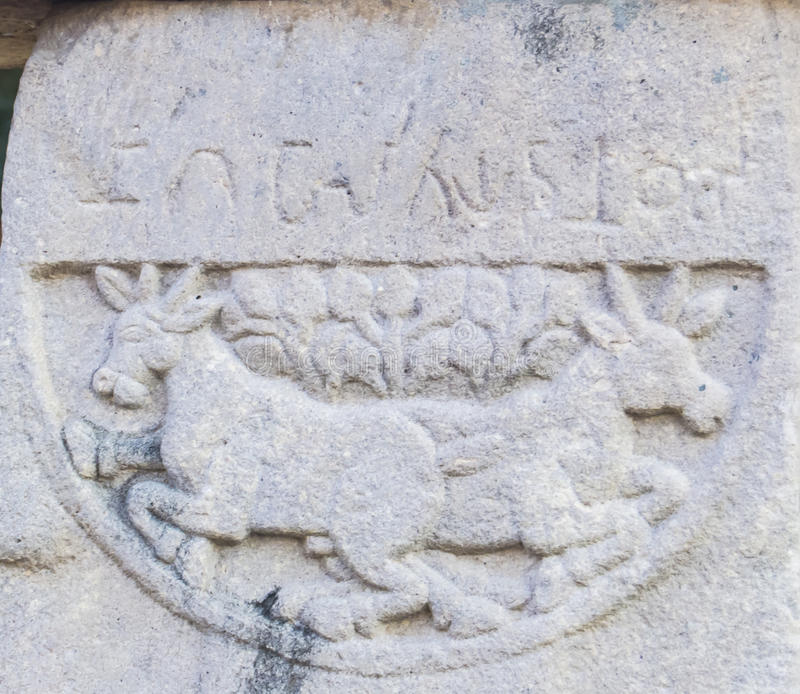 I spent around 2-3 hours around the great stupa .The charm of the place was too much for me to resist myself leaving the place . But time constraint made me to leave Sanchi .Next stop was Vidisha . I went to the Sanchi Bus stop and took a autorickshaw ride to reach Udaygiri caves at Vidisha . Vidisha town is around 9kms from Sanchi  railway station .On way I made a pit stop at The Tropic of Cancer line that passes through Vidisha main town .

The Udaygiri cave complexes contain 20 caves of Hindu and Jain . The caves are partly rockcut and partly structural and were made during the Gupta period at around 5th century BC.  It is widely believed that the main primary motive behind the construction of these magnificent caves and establishment of the life sized sculptures of different ‘deities’,  seemed to be for the promotion of Jainism’ among the common folk. 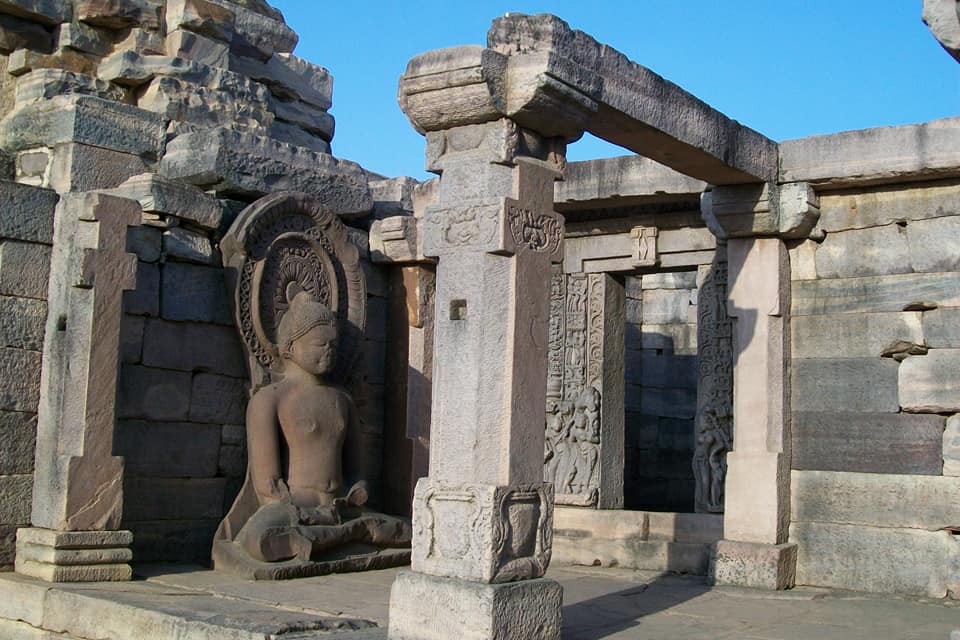 There are in total twenty caves, out of which two are related to ‘Jainism’ and the rest eighteen to ‘Hinduism’  .The cave no.1 is considerable interest, representing the earliest phase in the development of temple architecture in India, planned as it is with a small shrine and simple porch in front. Some of these caves notably cave no 5 and also cave no. 6 possess very fine figure sculptures. The most striking among them was the one with the giant sculpture of Lord Vishnu’s Varaha avatar  and the one with the large reclining Vishnu statue in the classical Ananta Shayya position with the Adi Shesha nearby. 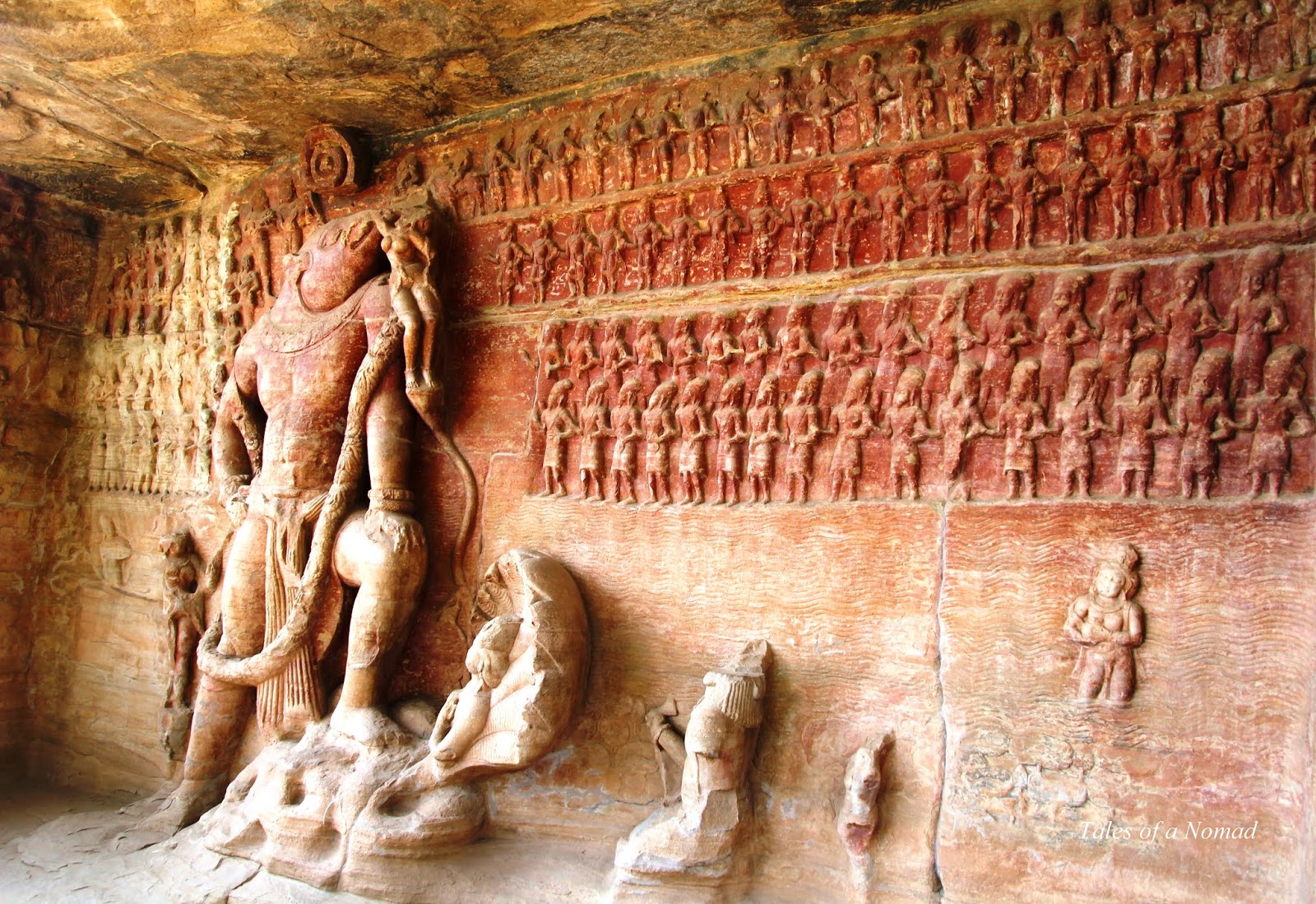 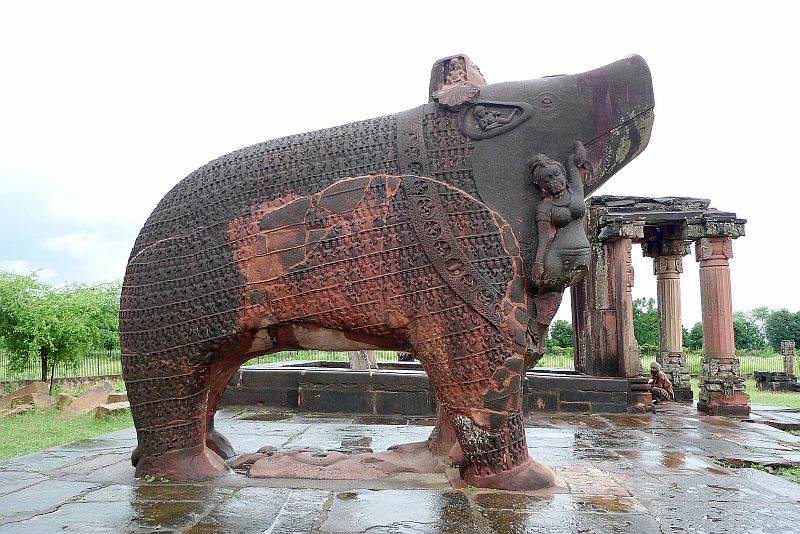 Note the Lord Nagraj with folded hand ,in sitting position under Vishnu 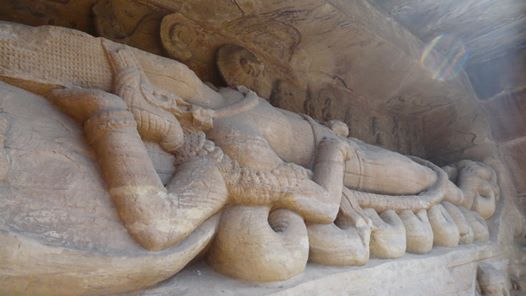 It was a totally worthful visit and being a fan of ancient architecture, Vidisha had totally absorbed me. The Udaygiri caves reminded me of the Udaygiri and Khandagiri caves complexes near Bhubaneshwar city, the capital of Odisha state. Both were of near same period of time built across different geographies .And both the complexes are marvelous .

Distance and How to reach Sanchi

Bhopal is the capital city of Madhya Pradesh State and is well connected with New Delhi,the capital of Indian subcontinent by train and flight as well .

From Bhopal to Sanchi its  48 kms ( frequent train and local bus services are available to and fro Bhopal) and it take around 45 min to reach Sanchi from Bhopal .

Sanchi to Vidisha’s Udaygiri caves is 8 km from Sanchi railway station .Public transport are erratic. It can only be reached by hired private taxi or autorickshaw .

People wanting to visit to Udaygiri caves can club it as a single day tour along with a visit to Sanchi Stupa .About the road condition to Vidisha’s Udaygiri caves, prepare yourself for riding your vehicle on roads marred by potholes .