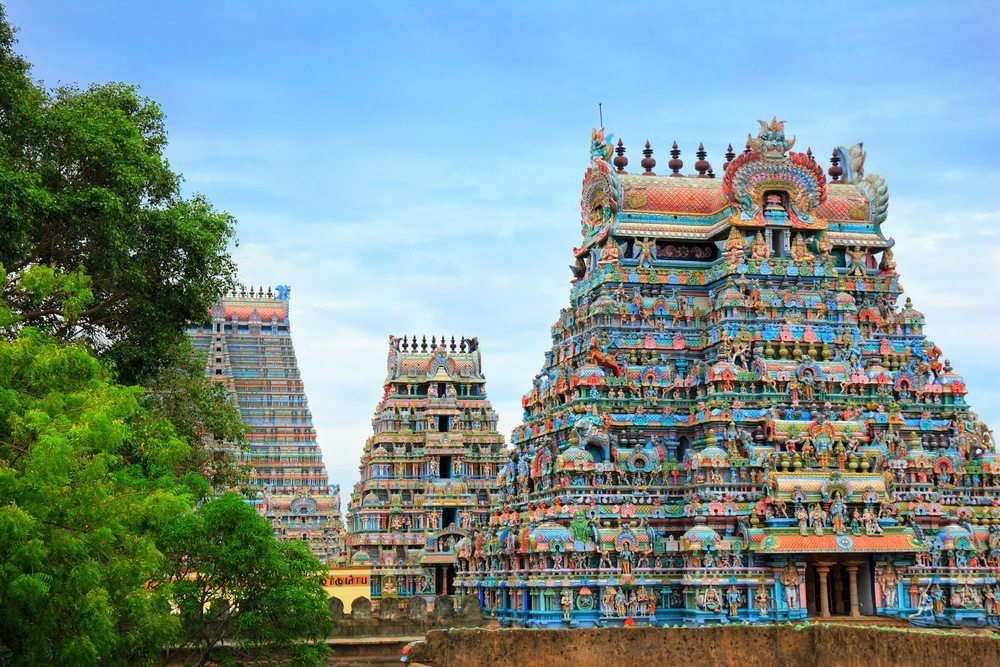 Situated on the tip of South Indian peninsula in the state of Tamil Nadu ,lies a small yet culturally and historically significant town of Rameshwaram .This island town lies some 170km from Tamil Nadu’s 2nd most important city of Madurai .Separated from mainland India by a narrow channel ,it’s only connection is via a cantilever bridge named Pamban Bridge .

When I say historically important , Rameshwaram town has found many references in the book of Ramayana . It is here,the Hindu god Rama worshiped Lord Shiva before building a 50 km long bridge across the Palk Strait of Indian Ocean ,to make a foray in-to Sri Lanka ,so as to rescue his wife Sita from her abductor the demon king ,Ravana. So together with the holy city of Varanasi, Rameshwaram is considered to be one of the holiest places in India for Hinduism .

Rameshwaram is also known for its Ramanathaswamy Temple .A Hindu temple dedicated to the Lord Shiva ,famous for having the  longest corridor among all Hindu temples in India. For the Darshan of the temple’s main deity one has to start with spiritual procedure of taking a bath in Lakshmana Teertham tank .As per the belief Lord Rama had wished that any visitor to Ramanathaswamy Temple must first pay respect to his brother and take bath in the Lakshmana Teertham before they take a dip in the rest of the 22 tanks of the Ramanathaswamy Temple .A nominal ticket needs to be purchased to get inside the temple. 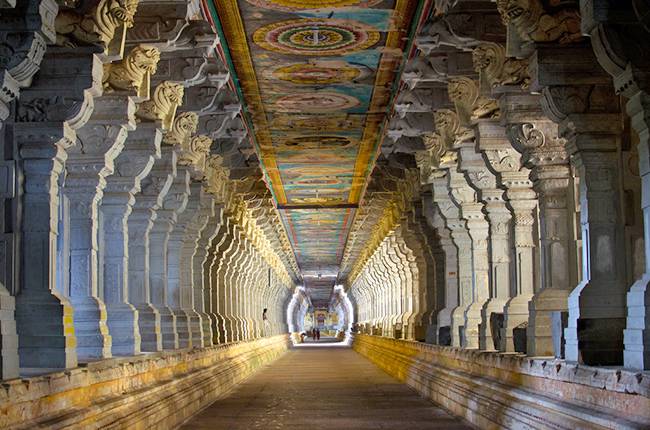 After completing this 22 bath rituals only ,one can go for the Darshan of Lord Ramanathaswamy(Siva) and Goddess Paravathavarthini (Parvathi) in the main Temple Hall .

The inside of the Ramanathaswamy Temple possess three large corridors having many  small shrines named as sannathis inside the corridors. You will need a good amount of your time inside the temple to visit and pay your homages to each god/ goddess there .

The feeling of being among the heavenly presence of Gods is overwhelming and the out pour of the devotional memory will definitely get absorbed forever . 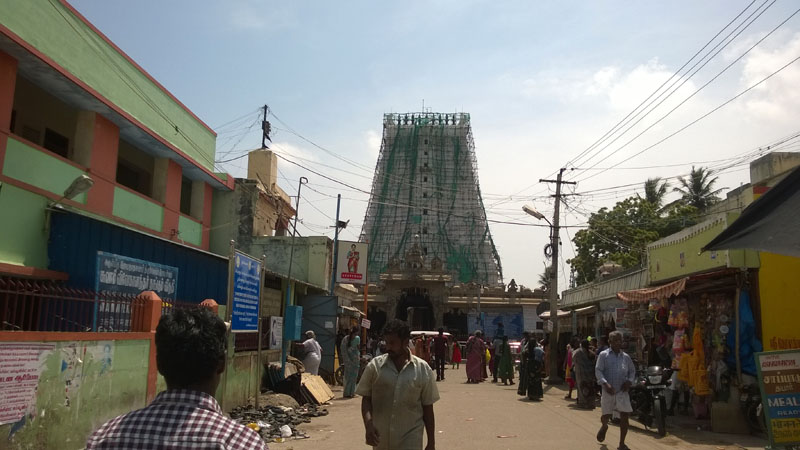 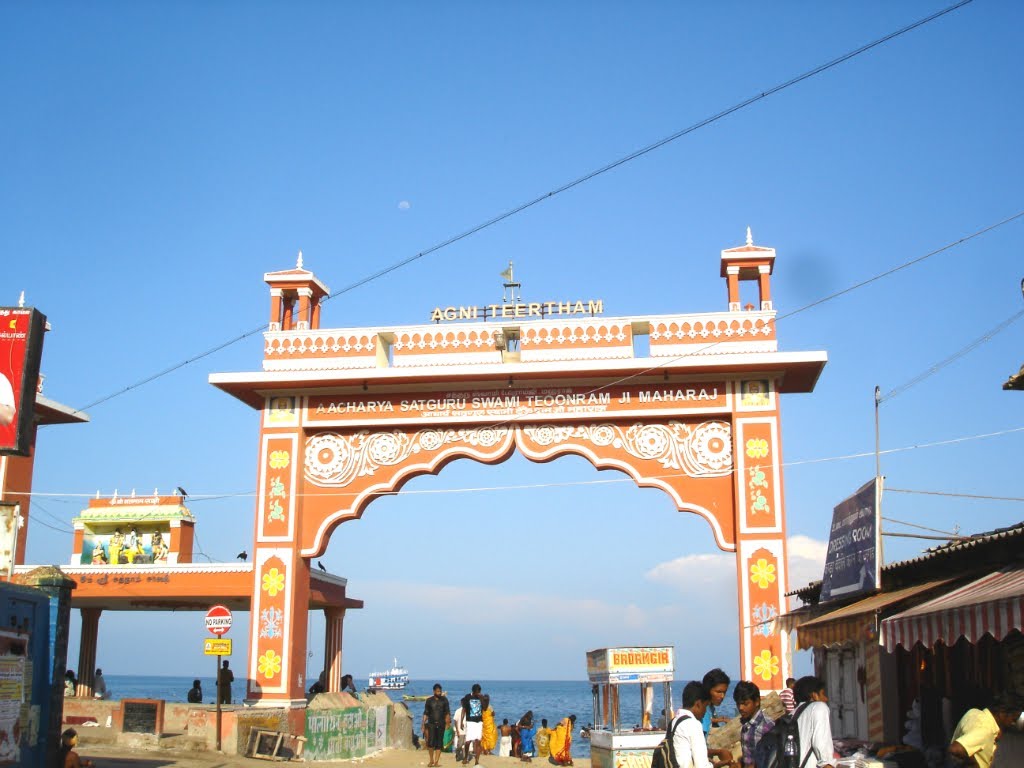 How to Reach Rameshwaram

By Road :Rameshwaram is 560 kms from the Capital city of Chennai which is well connected by railways and by flights from all major cities of India. Nearest major city is Madurai  is some 180 kms away and has a good network of  daily local bus services to Rameshwaram .The Bus route details and timing available from Chennai can be found here .

By Air :Nearest Airport is Madurai which is connected with daily flights from Chennai . The list of flights to and from Madurai airport is as follows here.

Where to stay in Rameshwaram

There are plenty of hotels and lodges available as per your budget . To access the list click here. All the available hotels could be rated as 3 Star so my personal advice will be to first reach Rameshwaram and then look out for hotel accommodations . There are quite a few good and decent hotels available in the ‘Middle Street’ area .In this way you can get a good bargain .Dharmashala and lodges are also available for pilgrims. To see a list of good Dharmashalas in Rameshwaram click on the following link here.

The month of October to February offers the best weather during this season.It also happens to the peak tourist season.The average temperature at this time stays around 17 degree Celsius which is neither too hot nor too cold.March month also provides a very pleasant weather when the days are warm and evening time are quite pleasant .The month of April and the following months typically remains very hot and humid and travel during those time can be avoided.

Other Places of visit in Rameshwaram

1. DHANUSKODI – If having ample time after visiting Rameshwaram temple ,one can go on a day tour to Dhanuskodi  .It is 20 km away from the main town of Rameshwaram ,now a abandoned ghost town on the Pamban Island, near Rameshwaram . It is here where you can reach the Rama Setu or Adam’s bridge – a causeway that is created across the sea connecting the Island to Mannar Island in Sri Lanka.

2. HOUSE OF KALAM– Rameshwaram is the birth place of our beloved President of India- Sir A.P.J Abdul Kalam. You can visit his house on Mosque Street ,where you can get a glimpse of his early upbringing .There is a small memorial house in there.

3. FIVE FACED HANUMAN TEMPLE – It is located at a distance of about 2 km from the   Rameshwaram Temple and has an idol of 5 faced Hanuman idol.

4. KOTHANDARAMASWAMY TEMPLE– The temple is located almost 15 km away from   Rameshwaram temple, is believed to be the place where Bibhishan surrendered to   Lord Rama.