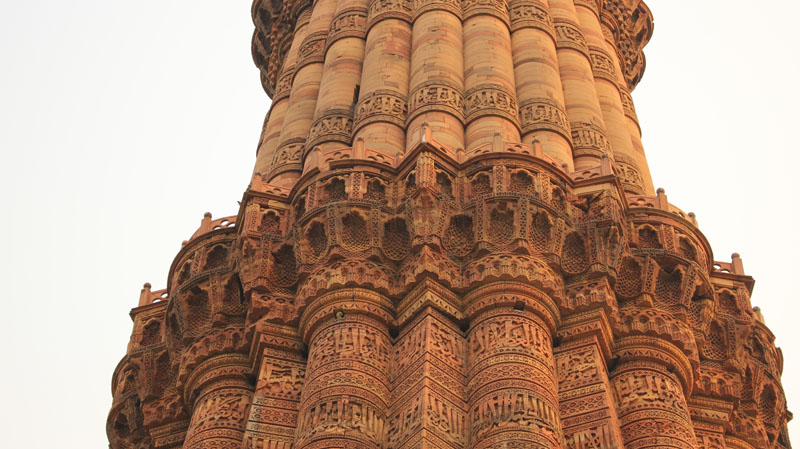 Located in the heart of Delhi, India, lies the highest minaret in India with the name Qutub Minar .This UNESCO World Heritage Site is built entirely of red sandstone and stands 72m in height .Being one of the most popular tourist spots in India it attracts thousands of visitors every day . 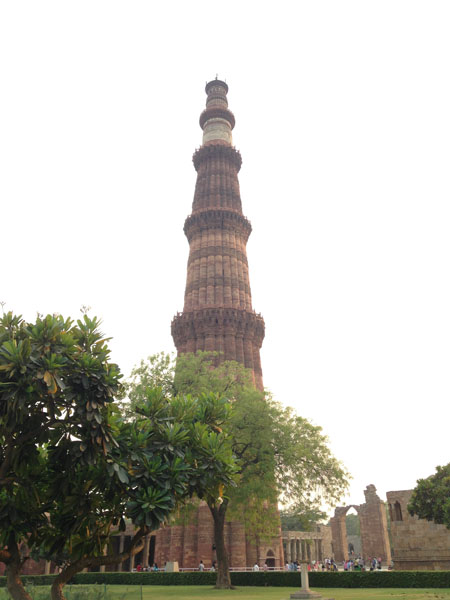 It is said that, this minaret was built by Qutb ud-Din Aibak from Mamluk dynasty to mark the beginning of Muslim dominion in India. Its construction began in the year of 1193 AD. But Aibak could only manage to build a single base storey of it before he died an untimely death. The rest of its 4 storeys ,as seen today were built by his successors and took some more 175 years to finish . 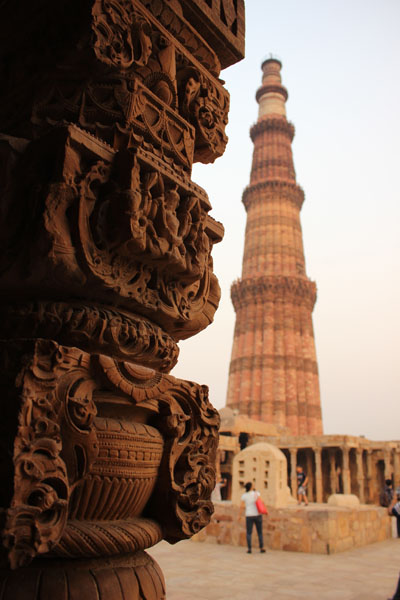 Qutub Minar is not a standalone construction but is an huge amalgamation of several other important buildings in the vicinity of one another. Some of the other buildings surrounding the Qutub Minar includes: Tomb of Iltutmish and Alai-Darwaza .The entry gate or Darwaza is a great example of Indo-Islamic architecture style that flourished during this period . 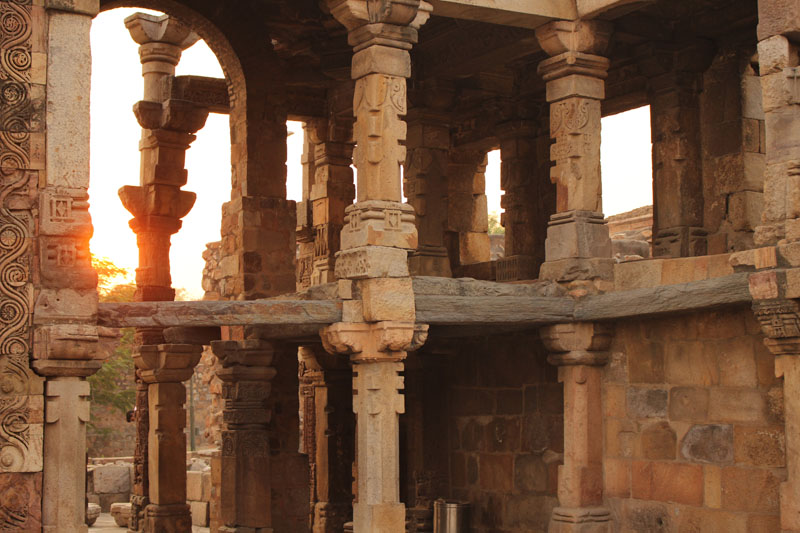 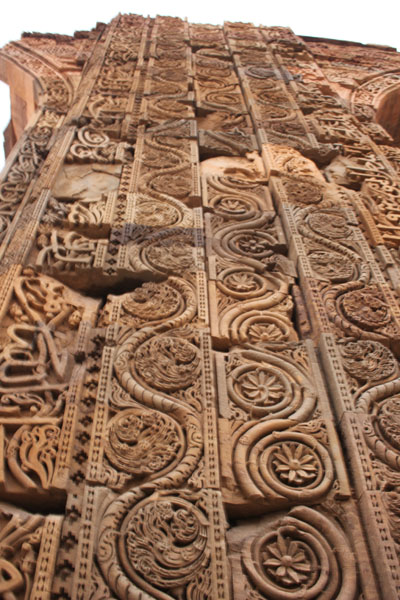 Intrinsic carvings on the wall 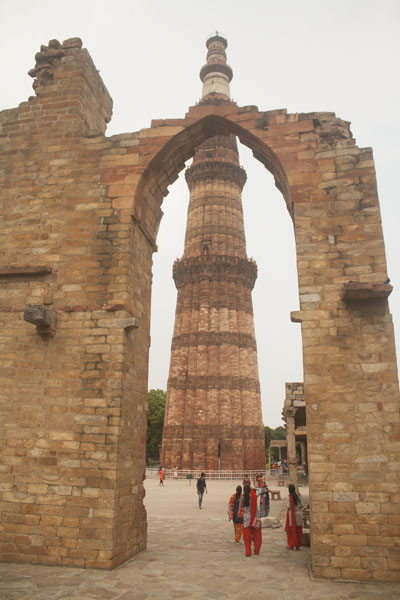 View from the south side

Another notable attraction inside the Qutub minar complex is a rust-resistant iron Pillar or Kirti Stamb .Standing 7m in height the Iron pillar weighs 6 tons .Made up of 98% wrought iron ,it is said to be dating back to 402 CE .The pillar carries a number of Brahmic inscriptions containing name of a king called Chandra which now is generally identified as the Gupta emperor Chandragupta . 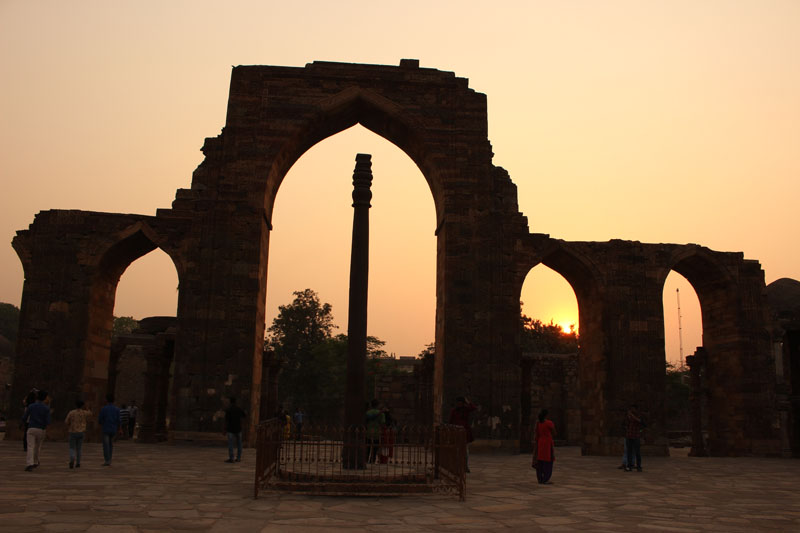 Each year in the month of October the Qutub Minar Complex plays host to the annual Qutub Festival . This three days long festival showcases the best of Indian art and culture amid the magnificent backdrop of this ancient monument.This 3 days extravaganza also includes some great music from classical to Sufi and interesting dance acts. 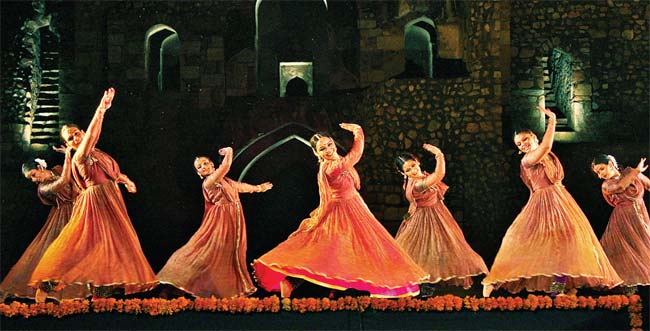 Qutab Minar can be visited anytime ,round the year.

How to reach Qutab Minar

People taking Delhi metro train from New Delhi Railway station have to alight at the Qutab Minar metro station stop .Since there is no regular bus frequency directly to Qutub Minar tourists have to hire taxi, cab, auto or E-Ricksaws to reach Qutub Minar .

Entry ticket cost for Indian citizens is fixed at Rs. 30/- and for foreigners it is Rs. 500.