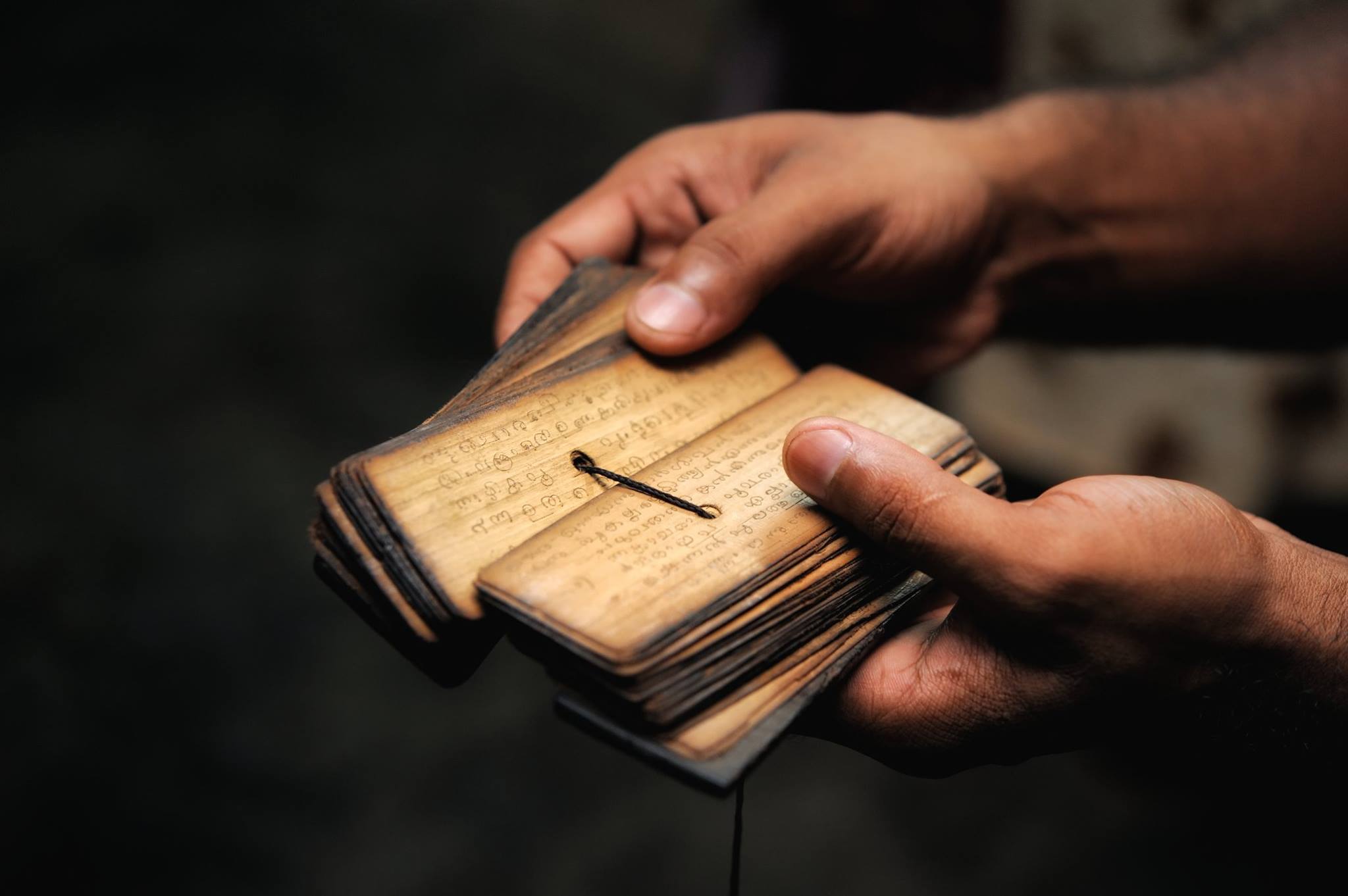 On the banks of the perennial river Tunga, Mattur is a tiny hamlet ,tucked away in the verdant Shimoga district of Karnataka. Known for its Vedic lifestyle of its dwellers, it is famous for being the only place in India for its tradition of chanting ancient texts and conversing in the ancient language of Sanskrit. Mattur is mostly an agrarian village that primarily cultivates nuts,rice and paddy. It is inhabited by the Sankethis, a community of Brahmins that had migrated from Kerala and settled down in Mattur about 600 years ago. The people belonging to this community are the silent guardians and preservers of this unique ancient vedic lifestyle. 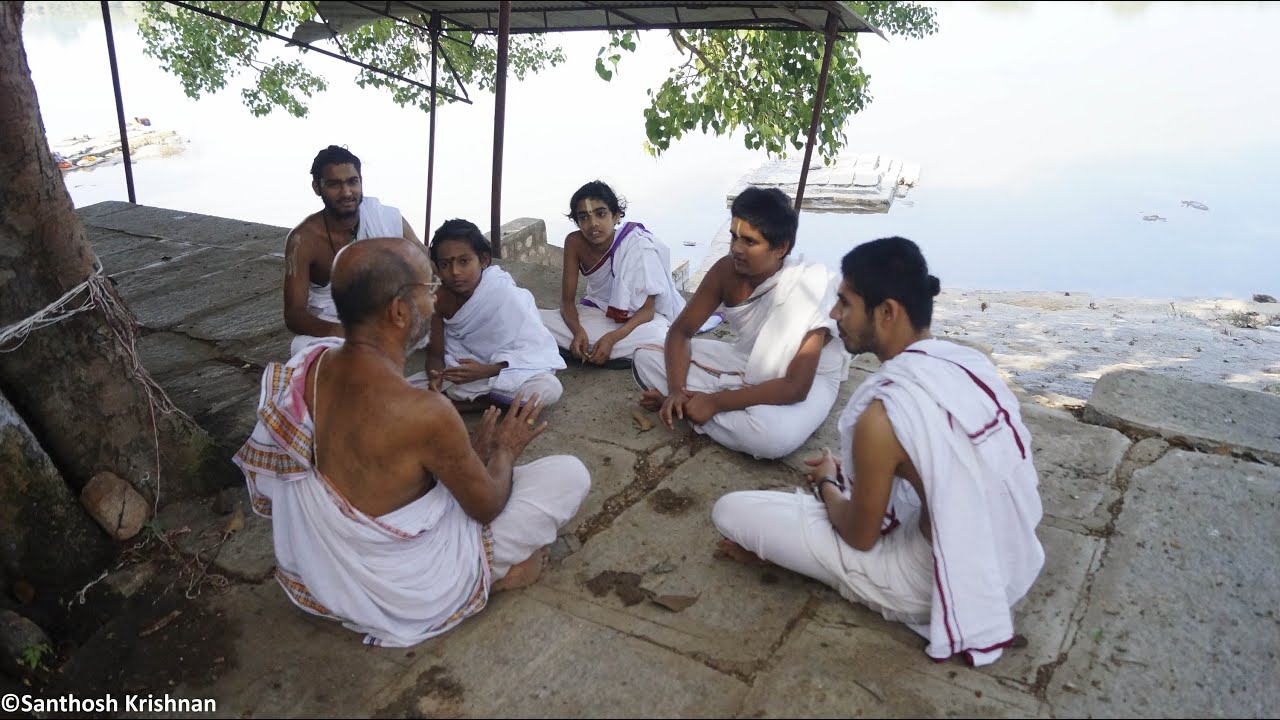 The journey back to Vedic roots started in the year of 1981 when Sanskrita Bharati, an organisation that promotes the classical language organised a workshop on Sanskrit, which was presided over by a seer from nearby place of Udupi. It was during this workshop that the people of Mattur had unanimously proclaimed Sanskrit to be their preferrable mode of language in the village. This is how Sanskrit became the primary language of the village. Other than Sanskrit, the people here also speak a rare dialect called Sankethi, which is a mixture of Sanskrit, Tamil, Kannada, and bits of Telugu language. The Sankethi dialect has no written script of its own and so is read in the Devanagari script. 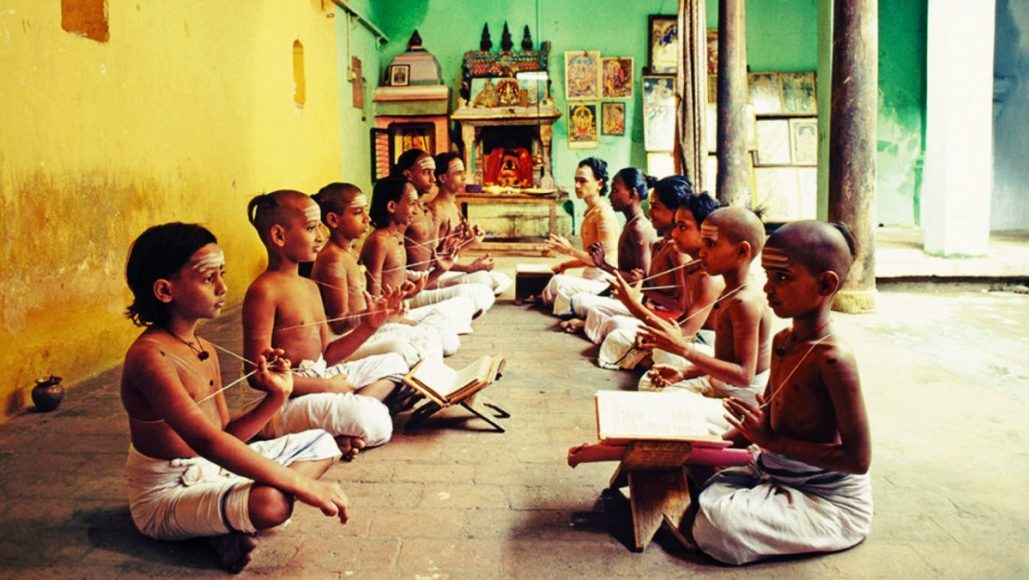 Daily life revolves around Sanskrit. The words like Aham Gacchami  that translates into “I am going” and other expressions in this ancient language can be occasionally heard on the village street. Since the language is now also being spoken by people who with modernity are now wearing jeans and t-shirts or while talking over a cell phone, Mattur has become a quaint metaphor for ancient India in modern times. Other than the Sanskrit language, they also speak a rare dialect called Sankethi, which is a mixture of Sanskrit, Tamil, Kannada, and bits of Telugu. The Sankethi dialect has no written script and is read in the Devanagari script.

It is a unique accomplishment that the 5000 odd residents of Mattur have managed to keep alive the ancient language through their day-to-day communication in Sanskrit even though the official and native language of the state is Kannada. Even though Mattur is a Sanskrit speaking village, it is not detached or is any distant from the touch of modern world. This is proved by the fact that almost every house in this village has an IT professionals working in major cities and also abroad. 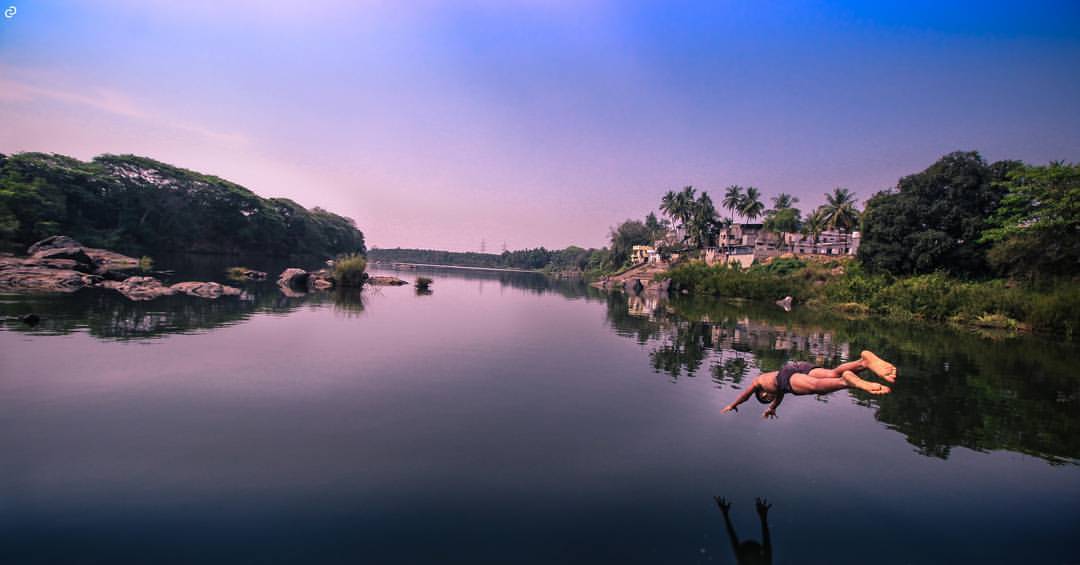 The Village can be visited round the year but the months between the November and March are quiet pleasant to visit. Many places nearby like Shivamoga , Udupi to name a few can be clubbed in while visiting Mattur.

How to Reach Mattur Village

Mattur is 7 Kms away from the nearest big town of Shivamogga, which is also a railway junction with many trains having a stop over.