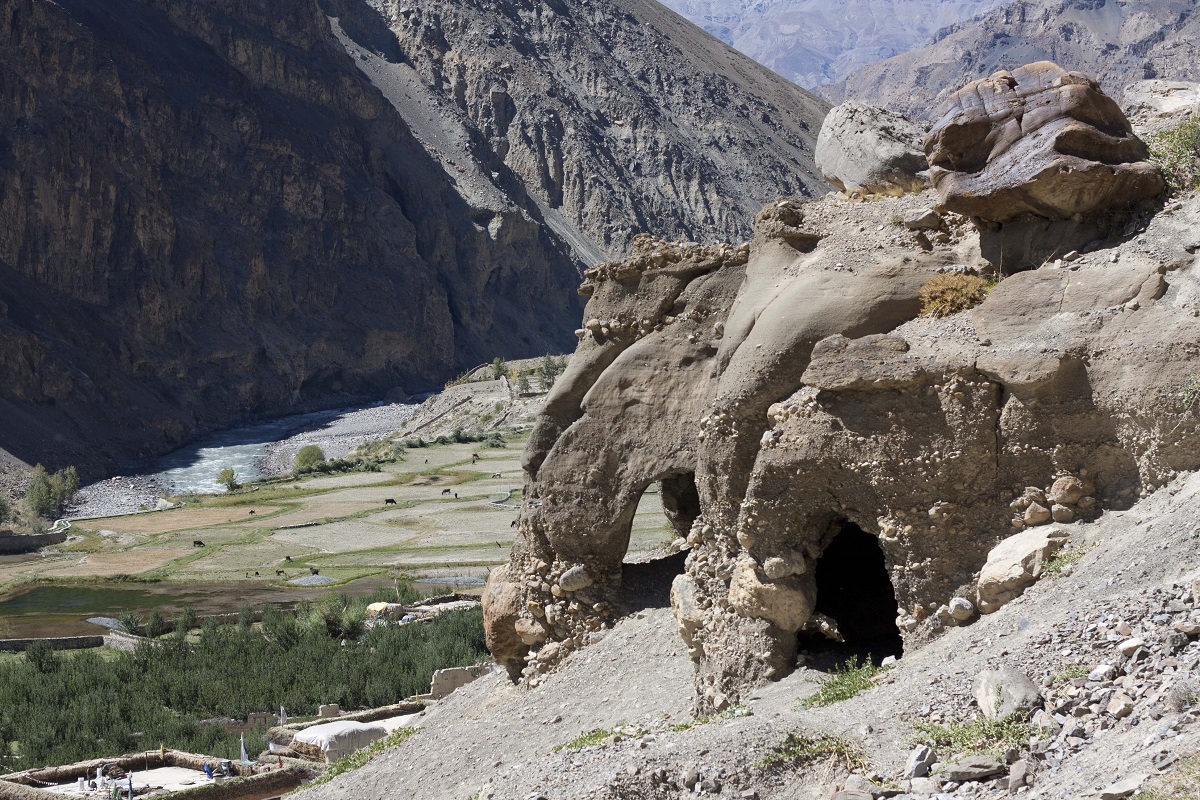 On the hill facing the ancient Tabo village, are some of the most exquisite caves. Believed to be founded more than thousand years ago, these ancient caves served as dwelling and mediation places for the monks during the harsh winters of the Himalayas. These overlooks the verdant, river Spiti, that flows exuberantly amids the scenic and serene landscapes of Lahaul and Spiti Valleys. The caves are visible high up on the hills facing the Tabo village. A mere half hour of small trek from the the tabo monastery, leads to the Tabo Caves. 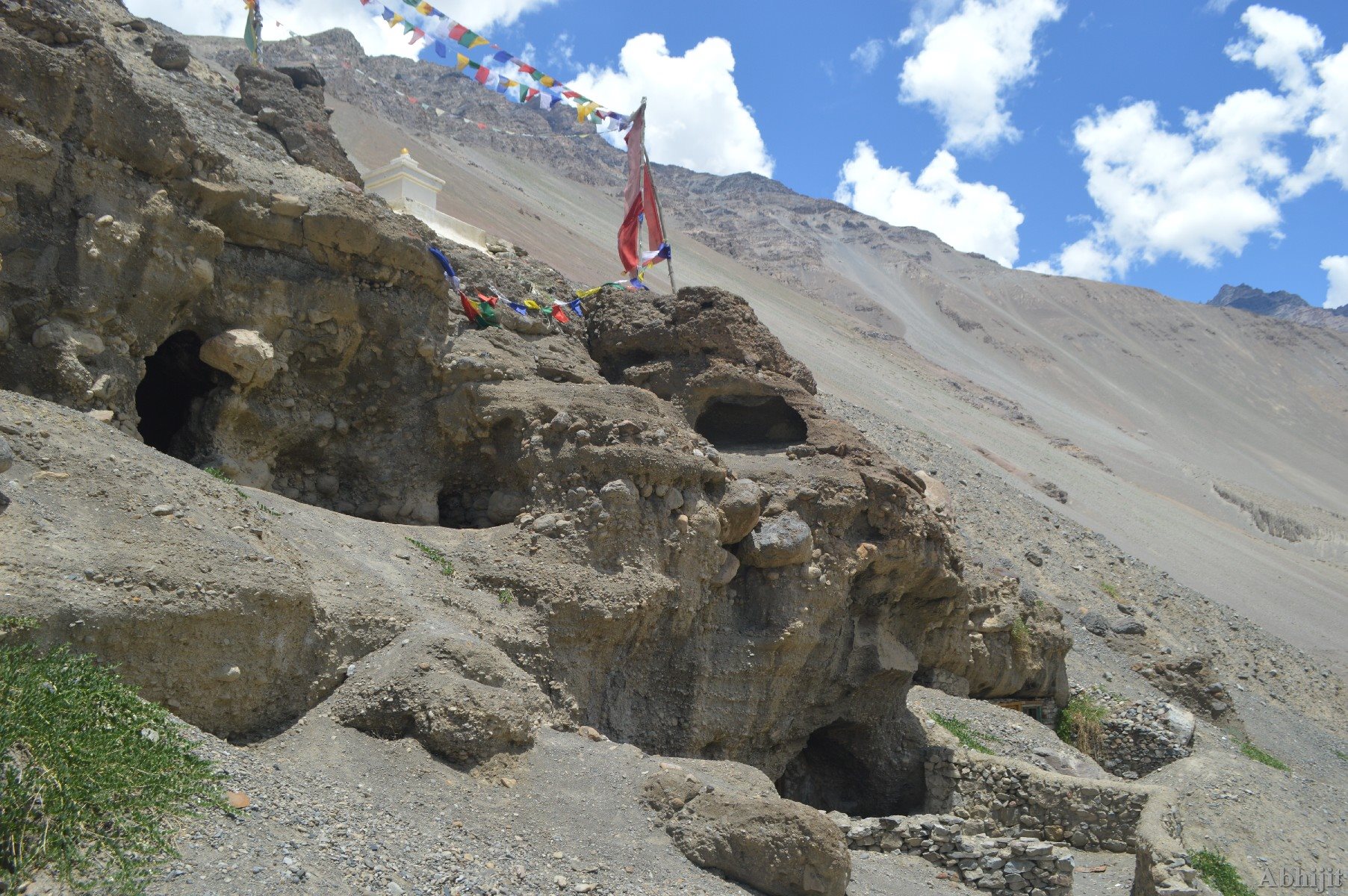 From ages Tabo has been visited by many enlightened person and monks. And so these ancient caves have quite a significance in growing of the region. In pursuit of inner peace and seclusion from the worldly affair these holy monks carved these ancient caves on the hilltops. And made Tabo, their home. Centuries after centuries these caves got extended to incorporate more of their likes that added to their uniqueness. 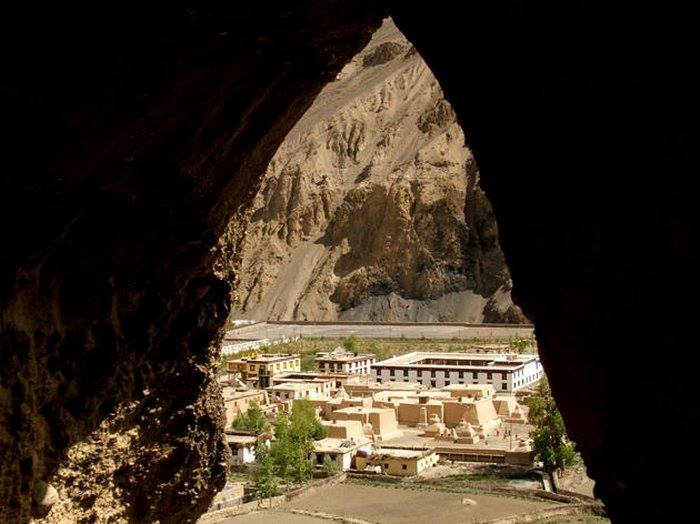 From the looks and shapes, these ancient caves of Tabo are pretty much difficult to make out whether they are of natural or man-made origin. Some of these caves are fairly well developed with their stony walls, but devoid of any embellishment. The walls and the floor of some of those caves are smoother than the rest of the caves group. Some of these caves are even multi-storeyed and are equipped with a assembly hall. Inside these multi storied caves, there are multiple rooms which mostly are interconnected. Few of them were, said to be used for meditation by the monks. There are also some lesser caves with vents, probably served as kitchen for the monks. 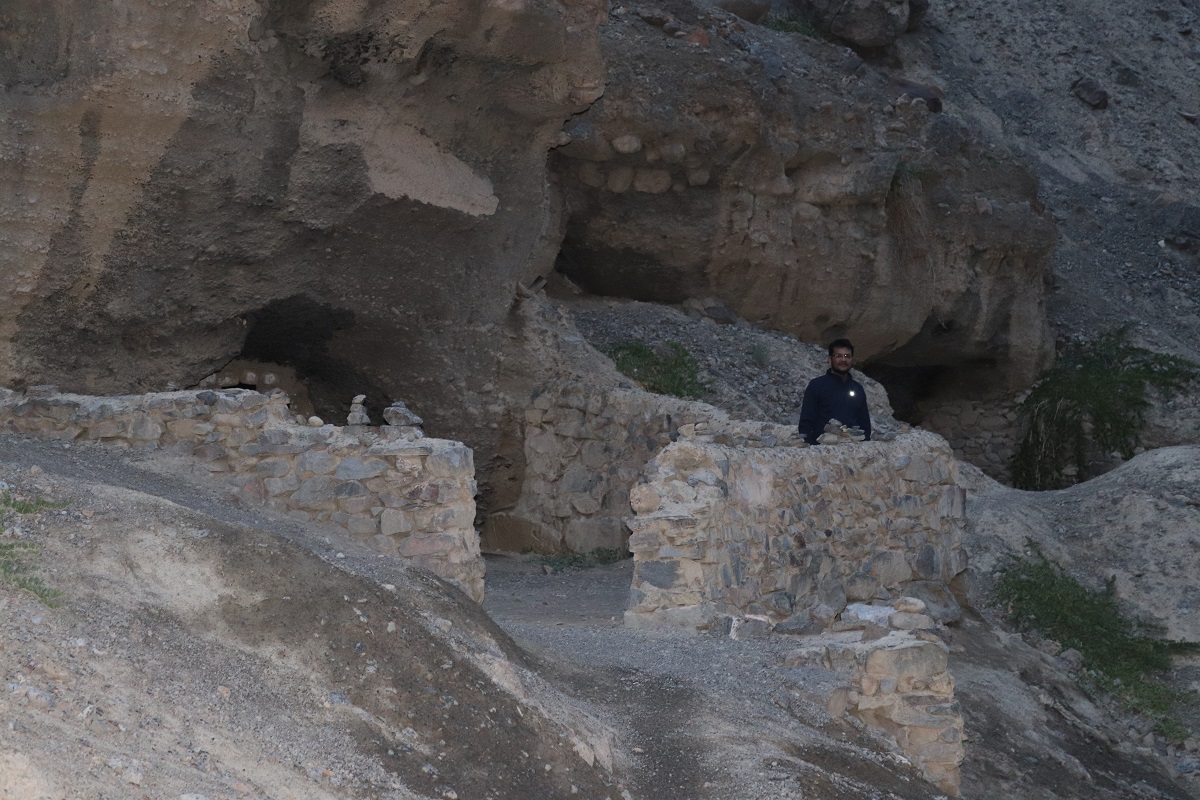 The serenity and the fragrance of positivity in the place will instantly hit you. It can be felt right after you entered its vicinity. Still, you must agree, there are a lot of things we are sure we do not know.One needs to be there to experience it all, on your own

The best time to visit Tabo village and the ancient Tabo cave, in the Spiti valley region are the months between May to October. It is during these months the weather are pleasant and the temperature is under bearable level. Plus a lot of fooding and decent lodging facilities can be found, during this popular months.

How to reach Tabo Village

There are mainly two means of transport available in the state to reach the Tabo village and the ancient Tabo caves.

Via Bus: First, you will need to reach Shimla, the capital of the State. The Shimla city is well connected with Delhi and also from Chandigarh by a mesh of daily luxury buses services and flights. From Shimla board an early morning bus going to Kaza. Alight at the Tabo bus stop which is the previous major bus terminal before Kaza. You can also reach Tabo by catching the bus to Reckong Peo and then hoping on to the bus going to Kaza.

Via Taxi : Reaching Tabo by taxi or on rent bike is by far the best option. It is the most popular and comfortable travel option to reach Tabo and beyond. However it could cost you a lot of money to book a private Taxi.

Where to Eat when in Tabo Village

Usually the host of the homestay or the lodges caters to the need of their guest’s fooding needs. Few small scale restaurants/dhabas are available near the Tabo Bus stand. These dhabas mostly provide vegeterian fooding options like Thupkas, noodles and momos. And for the Non Vegan menu items, you must know that all non vegan foods comes to Tabo in frozen form, from nearby towns. Foods prepared from these frozen items may be non palatable for few like us. In short we could not find any thing delicious to describe for our sojourn at Tabo.

Places of Visit Around Tabo Village